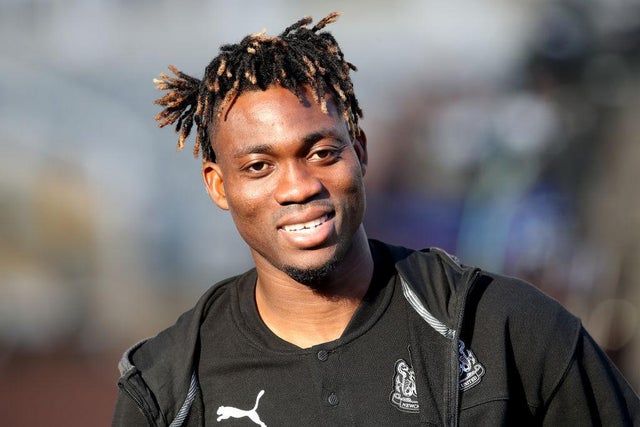 It has not been the best of starts to a season for Newcastle United winger Christian Atsu, having struggled for game time under new manager Steve Bruce.

The Ghana international seemed to have won over the former Hull City manager at the start of the season when he had a fine run in the team setting up two goals in the Magpies opening 5 league games, including their crucial winner against Tottenham Hotspurs in August.

But after summer signing Allan Saint-Maximin’s recovery from an early season injury, Atsu has had to ettle for a place on the bench.

The former FC Porto man has not started a game for Newcastle since September. But Atsu, who has played 465 minutes of Premier League football this season, has been “patiently” waiting for an opportunity at St James’s Park.

“I’m working hard,” said Atsu. “I want to start games, because I think I’m in very good shape now. I’m patiently waiting for my chance, because we have, this December, a lot of games coming. I’m preparing for that.”

With an injury to teammate Matt Richie, and calls for Miguel Almiron and Saint-Maximin to be rested, Atsu could feature from the start when Newcastle welcome champions Manchester City to the St James’ Park on Saturday.