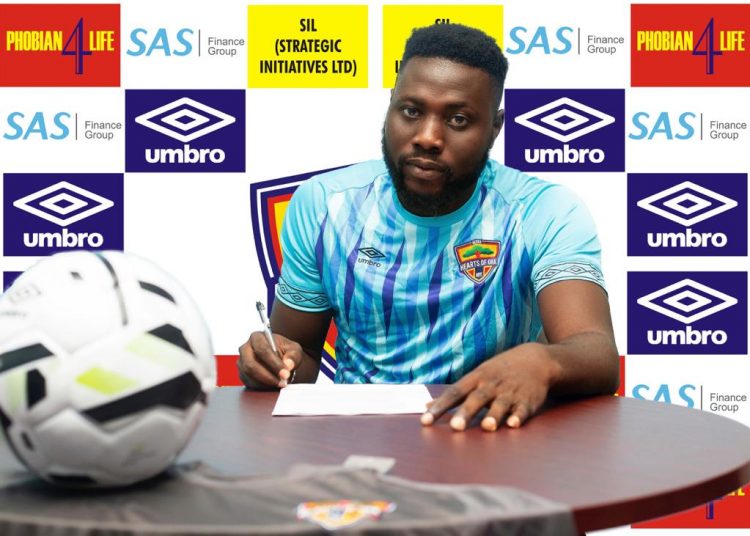 Accra Hearts of Oak has unveiled the signing of goalkeeper, Richard Attah, ahead of the upcoming Ghana Premier League season

The 24-year-old joins the club from Elmina Sharks on a free transfer.

“The Hearts of Oak management is delighted to announce the signing of goalkeeper Richard Attah. He has signed a long term deal with the club.”

The terms and duration of his contract are undisclosed yet as the Phobians prepare ahead of the new season.

Richard Attah will have to battle to be in the sticks for Kim Grants’ side with Richmond Ayi and Ben Mensah as options for the Accra-based club.