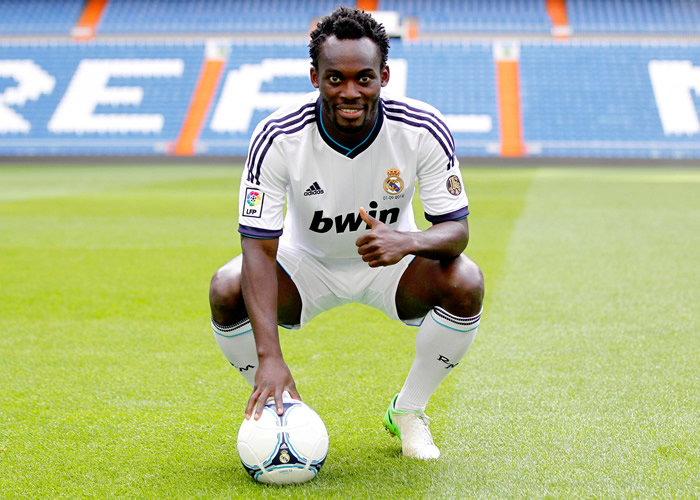 Which means: “We are wishing former Real Madrid and Black Stars midfielder Michael Essien a happy birthday as he turns 37 today”

The former Chelsea player reunited with the manager, Jose Mourinho as he signed a season-long loan with the Spanish giants, Real Madrid on transfer deadline day in 2012.

On 3rd November 2012, Essien scored his first goal for Real Madrid as they beat Real Zaragoza 4-0.

During the last match of the season he scored his second goal for Madrid against Osasuna, which he dedicated to Mourinho.

The Ghanaian is still active in football and now plays for Sabail FK in Azerbaijan where he is a player-coach.