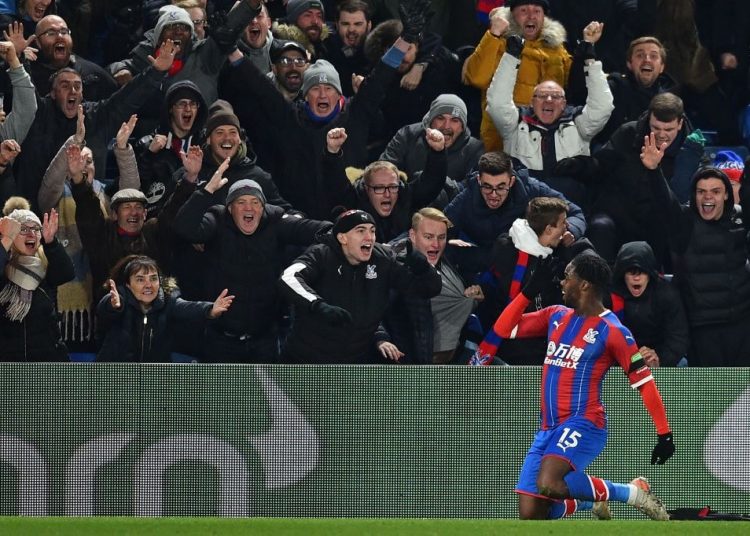 Match-winning substitute, Jeffrey Schlupp has revealed what manager Roy Hodgson told him and the team at half-time.

Having been forced to play with 10 men for 70 minutes after Mamadou Sakho’s sending off, the Eagles ought to have been pinned back for large swathes of the game.

But, as Schlupp reveals, the Palace manager was insistent that they aim for more than a point.

Schlupp said: “I came on at left-back and we had 10 men which made it extra hard. We got in at half-time, spoke to the gaffer, he just kept us calm and said the game is definitely there to be won.”

“He didn’t just want to go out there playing for a draw, he wanted us to attack when the right moments came and we did that. Luckily for the team and for me personally, it was a clinical attack.”

“I’m really happy getting another [goal] and it’s extra special for the team to get back-to-back wins in the Prem. There’s nothing like Selhurst under the lights and they [the fans] are so great supporting us. We want to repay them with victories – especially at home – and I’m glad we did that today.”

Turning his attention to recent results for the Eagles and their upturn in form with consecutive victories, Schlupp suggested the team played well enough to earn more points from a tough run of fixtures.

“We had a rough patch before but speaking with the gaffer and everyone else, we actually thought we’d played well in those games. We got unlucky in some of those and playing top teams, you need some luck to get some points. We started the month off well and we hope to continue that.”

Crystal Palace now sits fifth on the league table and will face Watford on Saturday, December 7, 2019.