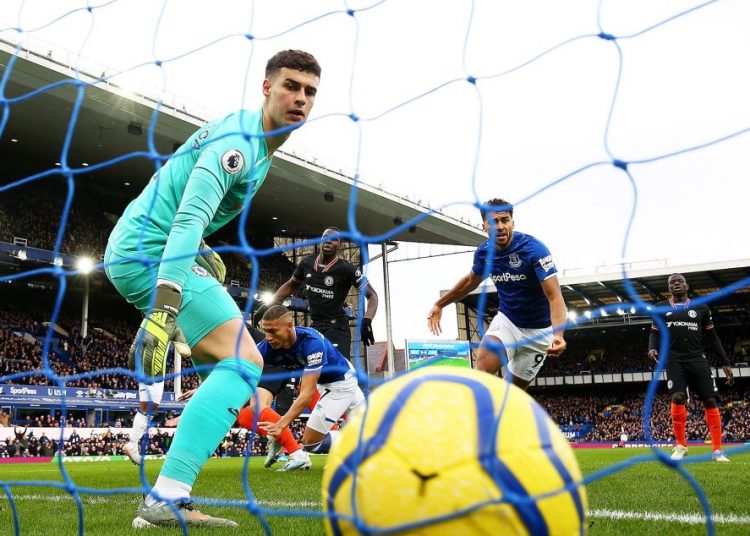 Duncan Ferguson had a managerial debut to remember as he inspired Everton to a 3-1 victory over Chelsea in front of a raucous Goodison Park.

A totally transformed Toffees side made an excellent start to life after Marco Silva by ending a dreadful run of three straight defeats to climb out of the relegation zone.

Richarlison gave the hosts a fast start with the sort of header his interim manager used to score regularly before Dominic Calvert-Lewin doubled their lead after half-time.

Chelsea’s Mateo Kovacic, who was excellent despite his side’s defeat, pulled one back with a fantastic volley from range, but then the visitors fell to pieces.

A mix-up between Kepa Arrizabalaga and Kurt Zouma led to a scrappy second for Calvert-Lewin.

Frank Lampard will be launching a defensive inquest once again this season after his side lost for the third time in four Premier League games.

But they picked a terrible time to face a rejuvenated Everton at an inspired Goodison Park, and those who watched will hope this represents a turning point in the club’s season.

They took the lead in the fifth minute with a header which the big man himself would have been proud and Richarlison has now scored in three consecutive Premier League matches.

Tackles and blocks continued to be thrown in, Lucas Digne’s clearance in the six-yard box in front of Willian the best, until Everton doubled their lead four minutes into the second half.

Andreas Christensen and Kurt Zouma, the latter on loan at Goodison last season, failed to deal with a high ball and Calvert-Lewin capitalized.

Within three minutes Kovacic had pulled one back, VAR ruling an offside Abraham had not impinged on Pickford’s eyeliner, and Ferguson was again rallying the troops.

But when Calvert-Lewin forced home late on Ferguson was sprinting down the touchline again, celebrating with ballboys as he went.