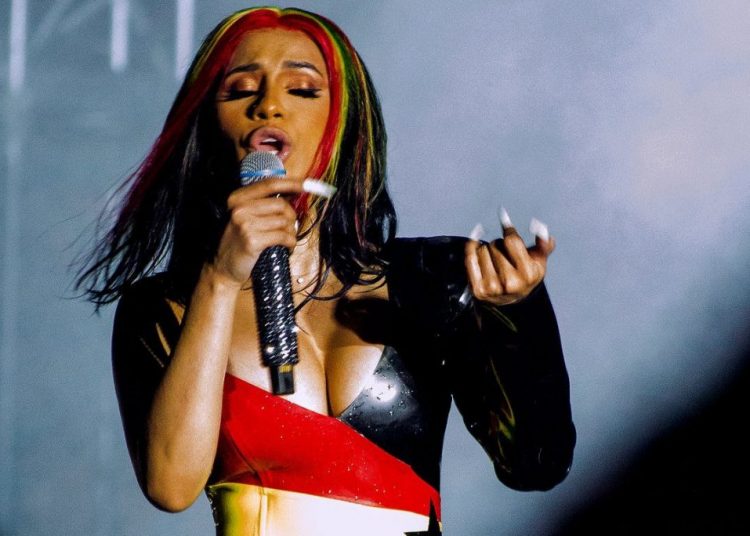 Twitter in Ghana over the last few days has been dominated by discussions about the recent visit to the country by American rapper, Cardi B, and complaints by some personalities who felt they were treated wrongly by being made to wait for the star.

Ghanaians have been sharing their thoughts on the issue on the social media platform, with many people trolling the group that had expressed outrage at almost being stood up by Cardi B.

An unlikely pair of Ghanaians who joined in the fun were Black Stars duo Asamoah Gyan and Michael Essien who took to Instagram to also troll the ‘celebrities’ that were shunned.

It was reported that Cardi B was supposed to meet these ‘celebrities’ in her short stay in Ghana for a special gathering ahead of her concert later that night.

However, the American rapper initially did not show up for the proposed “Meet and Greet” which left most of these ‘celebrities’ vexed and disappointed.

Moesha, Hajia4Real, Afia Schwarzenegger, others embarrassed at Cardi B presser

Two of Ghana’s best players also joined the conversation Instagram and questioned the use of the word ‘celebrities’.

The exchange was posted on Twitter by user Saddick Adams.

However, the American pop star took to her Instagram page to clarify the misunderstanding and apologized for what happened.