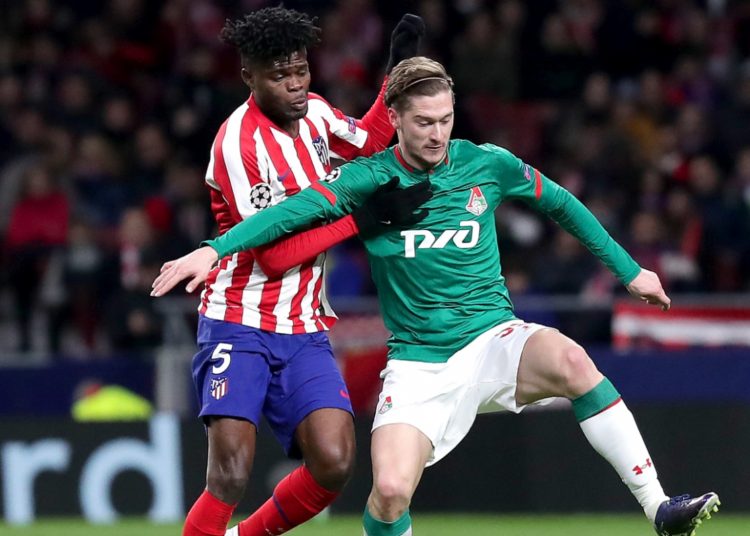 A number of Ghanaians were in action this weekend for their various sides in Europe’s top two competitions this week. Here’s how they got on.

Majeed Ashimeru was a late substitute for Red Bull Salzburg as they saw out the last few minutes of their Champions League campaign. He came on in the 90th minute with Salzburg already 2-0 down at home to Liverpool.

Forward Joseph Paintsil played 90 minutes for Genk but they were thrashed by Napoli 4-0.

Thomas Partey played the full game for Atletico Madrid as they beat Lokomotiv Moscow 2-0 to secure their spot in the Champions League knockout stages.

Red Star Belgrade’s Richmond Yiadom Boakye came off the bench in the 65th minute as his side lost 1-0 to Olympiacos and were knocked out of the competition.

Samuel Tetteh came off the bench in the 64th minute for LASK Linz in their emphatic 3-0 win over Sporting Lisbon in the Europa League.

Nana Asare played the full 90 minutes for Gent in their 2-1 win over Oleksandria.

Abraham Frimpong played the full game for Ferencvaros but was yellow-carded in the 27th minute in their 1-1 draw at Ludogorets.

Caleb Ekuban has been in fine form for Trabzonspor in the Europa League but he was unable to help them as they lost 2-0 to Basel. He was replaced in the 78th minute.