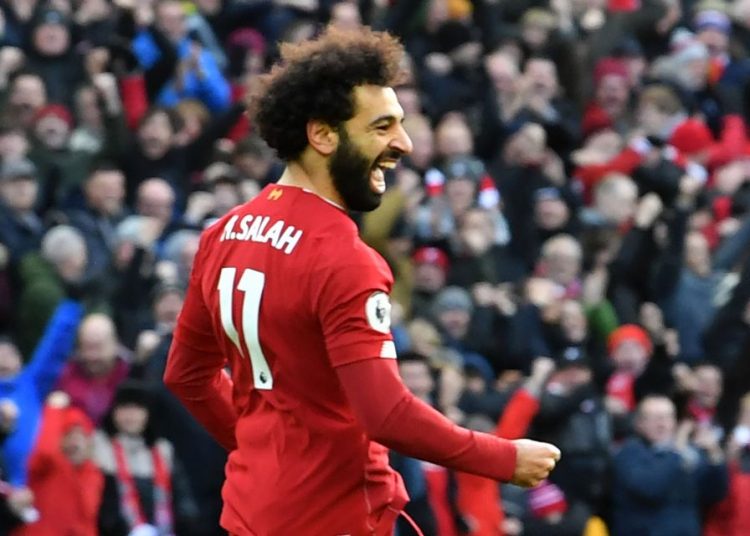 Dan Gosling was the hero for Bournemouth as they stunned Chelsea at Stamford Bridge to make it three losses on the spin for Frank Lampard’s side.

Despite an extremely strenuous check by both VAR and goal-line technology, Gosling’s clever flick over the onrushing Kepa Arrizabalaga was deemed to be perfectly legal to send the traveling Cherries’ fans wild in the away end.

High-flying Leicester City was held at home by plucky Norwich City in a pulsating game at the King Power Stadium.

A superb move from the visitors saw Emi Buendia open up the Leicester defense with a superb through-ball to Teemu Pukki, who finished past Kasper Schmeichel.

Jamie Vardy thought he had got the Foxes level in the first half, which would have made it nine consecutive scoring games in a row, but replays showed Tim Krul got the final touch before the ball crossed the line.

The draw means Liverpool are now TEN points clear at the top of the table after their victory over Watford in the early kick-off at Anfield.

For the second time in four days Liverpool forward Mohamed Salah showed a touch of class to score two brilliantly different goals as the Premier League leaders made it 16 wins out of 17 in a 2-0 win over the struggling Hornets.

Neither may have had the pin-point precision of his narrow-angle effort against Red Bull Salzburg in the Champions League, but his lofted finish over goalkeeper Ben Foster oozed quality, while his clever 90th-minute backheel showed quick-thinking.

Sheffield United continued their terrific run of form at Bramall Lane, courtesy of a brace from John Fleck.

United needed just five minutes of the second half to take the lead against Villa, with John Fleck turning in John Lundstram’s cross.

The Scotland international doubled his tally for the afternoon when, as a lopping ball was put back into the area, he reacted quickest and latched on to volley past Tom Heaton.

Villa had a great chance to pull a goal back five minutes later when they won a penalty for handball against John Egan – a decision awarded following a VAR review.

Jack Grealish took the kick but smashed his penalty against the crossbar to leave United still 2-0 up.

Following a dull first half, the Clarets grabbed the lead in the second half as Wood notched his seventh goal of the season with a far-post header following an in-swinging corner from Ashley Westwood.