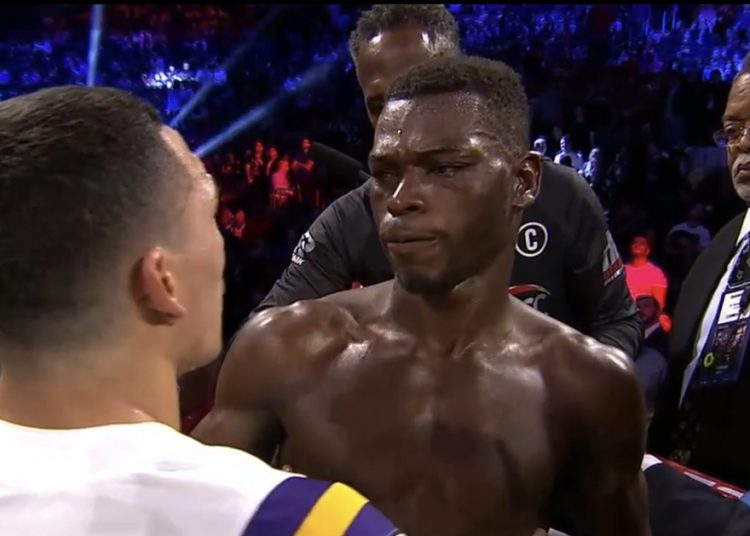 After years of trying, he finally captured the world title in February, beating Russian Isa Chaniev in a scintillating performance.

Months later, he successfully defended his title, with yet another impressive showing, knocking out former champion Ray Beltran.

That’s how good 2019 had been to Ghana’s Richard Commey – but there was one last hurdle to clear before the champagne bottles could be popped – Teofimo Lopez.

2018 and 2019 had provided Ghana her 8th and 9th world champions, although Commey was the only reigning champion, after Isaac Dogboe lost his title back in December 2018 – an event which crushed Ghanaians.

This certainly couldn’t happen again. Especially to a nation that literally eats, breaths and lives boxing, or could it?

The storylines were strikingly similar. Both Dogboe and Commey had started the respective years with so much promise, capturing respective world titles and mounting successful first title defenses.

Both had a chance to unify their respective divisions if they could successfully navigate through their second title defenses.

Both were paired against young, exciting but somewhat inexperienced opponents, and both fights were in December, in fact, exactly a year and four days apart. Dogboe had failed in his quest a year earlier, but would Commey also go down that same road, or would he make sure Ghanaians enjoyed December in the Year of Return with a world champion?

“How many boxers from Ghana have the opportunity of defending their world title at the Madison Square Garden? This is a huge turning point in my career and there is no way I’m going to lose me belt, no way.” Commey definitely understood the magnitude of the bout. He just had to win, although this was going to be tough. Despite being the champion, many saw him as the underdog going into the fight.

“Commey is an experienced game fighter who likes to engage, and that will be his downfall against the quick and explosive Lopez. Teofimo will close the gap with a sudden burst and throw his left hook to KO Commey in three”, ESPN boxing analyst Teddy Atlas said before the bout.

Teofimo had the speed and unpredictability, while Commey had the power and experience. This was certainly a whole new experience for the Ghanaian though, a title defense at the ‘Mecca of boxing’, the Madison Square Garden, against a local. The perfect description for the phrase ‘behind enemy lines’.

After a seemingly uneventful first round, all hell broke loose seconds into the second. Both fighters let their guard down and threw respective right hooks, but only one landed. Teofimo’s speed and agility helped him land a strong right, smack into Commey’s head, while swiftly avoiding Commey’s right swing. The champ was dazed and went down, needing the referees trousers for support.

Commey, however beat the count and got back on his feet. But that was the beginning of the end. Teofimo went on to land 31 of 35 punches in 14 seconds, and with Commey left totally defenseless, the referee had to step in, giving Teofimo a TKO win.

Commey had just lost his world title. Exactly a year and and four days after losing her 8th world title, Ghana  lost her 9th. Lightening had just struck twice. For the second year in a row Ghana would have to end the year empty handed, despite enjoying a chunk of the year as champion of the world.

Commey managed a half smile, shook his head, and hung it down in disappointment. He knew he had let himself and his country down – but this story isn’t over just yet. 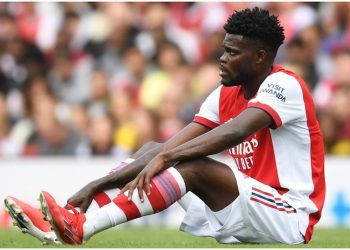