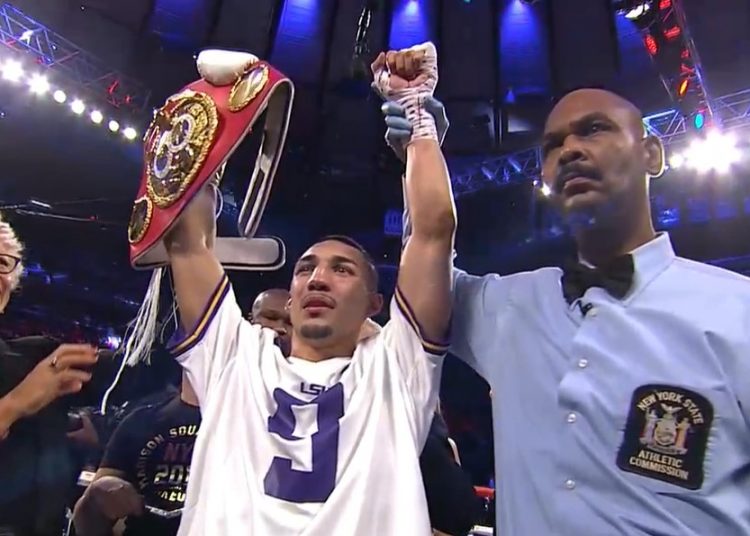 Richard Commey’s reign as IBF Lightweight champion came to a crashing end after he was viciously knocked out by Teofimo Lopez in their bout on Saturday in New York.

Both fighters came into the ring knowing that a victory would set up a bout with Vasyl Lomachenko for the unification of the belts in the division.

The bout started closely and it was Commey who landed the first power shot of the night with a right hand counter punch on Lopez.

However, the story started to change and it changed very quickly as Lopez warmed up and started to control affairs until the end of the first round.

In the second round, Lopez showed more poise and soon, floored Commey with an outstanding right overhand.

Commey wobbled heavily and struggled to get up but he did and managed to continue the bout but that did not help anything.

Lopez continued the pounding and landed 31 of 35 power shots and that forced the referee to stop the bout.

At that point, it was obvious Commey’s time at the top of the lightweight division has ended and Lopez was crowned the new IBF Lightweight champion.

After the initial celebrations, Lopez went over to Commey’s corner to check if the Ghanaian was alright after receiving the punch that sent him to the canvas.

The result means that Lopez improves to 15-0 with 12 knockouts while Commey drops to 29 wins and three losses.