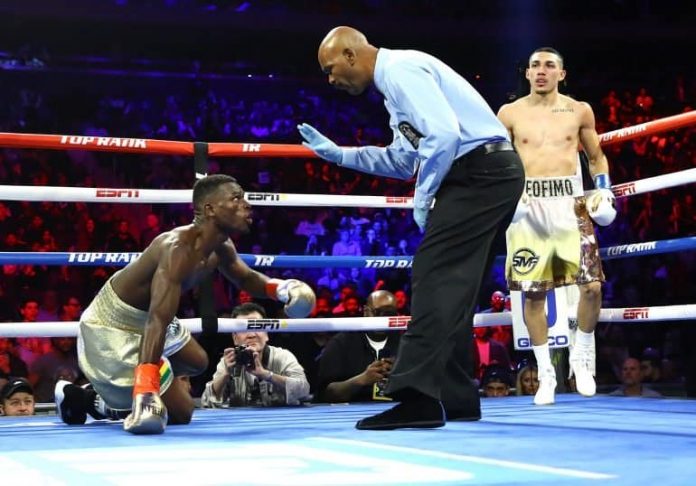 The 32 year Ghanaian boxer, suffered a shock second round knockout after he was caught by a right hook to the side of the head while narrowly missing with his own shot.

The punch threw him across the canvas and proved to be the beginning of the end for him.

Reflecting on the loss of his title, he admitted that the outcome of the bout could have been very different if his punch had landed first.

“We both went for it, he got lucky and I got hit so it is what it is.

“He just caught me and I didn’t expect that because we both went in for a big right hand.

“He got there before I did and that changed everything,” he revealed.

Commey has spoken about bouncing back from the defeat but not before he takes time out to reflect and also recover.