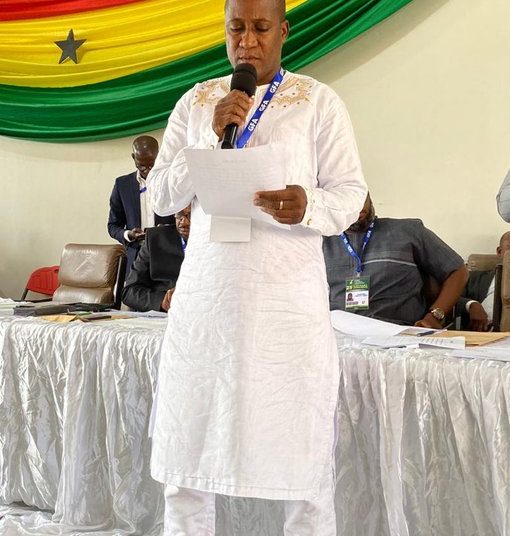 The Upper East Regional Football Association Chairman, Salifu Zida, has been elected the second representative of the RFA’s on the GFA’s Executive Council after polling 6 out of 7 votes, with the Central Region’s Robert Duncan pulling out of the elections last minute.

With Eastern Region’s Linford Asamoah elected from the RFAs onto the Executive Council in the GFA elections on October 25, the election of the second representative was postponed after 3 rounds of voting failed to separate the Upper East’s Salifu Zida and Central Region’s Robert Duncan.

That election was then postponed to the next GFA Congress, which took place at the Ghanaman Center of Excellence in Prampram on Thursday December 19, 2019.

Robert Duncan was apparently unhappy that 2 out of the 10 RFA chairmen were not present at Congress and wanted the election postponed.

Meanwhile, Congress has voted unanimously to approve proposals for members of the Judicial Committees and have also approved the audited accounts of the GFA under the Normalisation period.

But, congress has unanimously rejected the auditor’s valuation of the assets of the GFA, which has been pegged at Ghs 186,000. They have subsequently agreed to have the FA’s assets revalued, with former GFA Finance Committee chairman, Wilfred Osei Kwaku Palmer arguing that the GFA’s assets are valued at more than 3 million dollars.