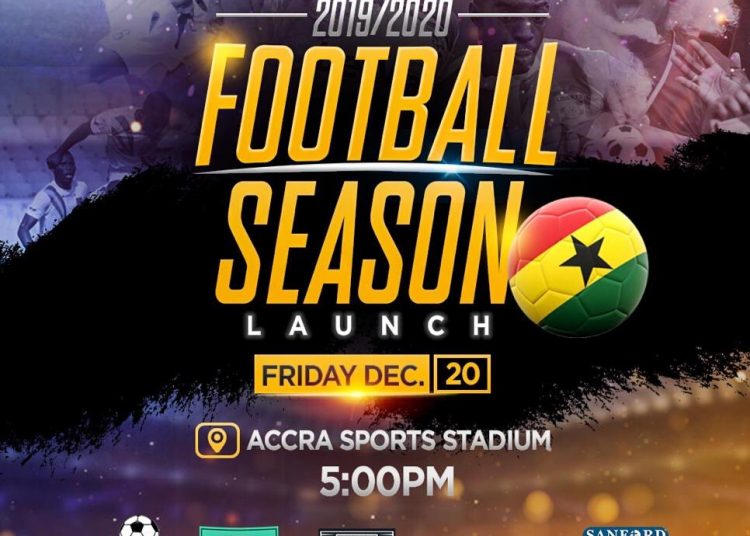 The event, which will see Vice President, Dr. Mahamadu Bawumia as special guest, will bring together all stakeholders in the Ghana football fraternity under one roof and the event will see clubs unveil their jerseys and strips for the new season.

It’s slated for 5pm at the Sports Hall of the Accra Sports stadium.

The launch will precede the start of a new football league season, with the Ghana Premier League set to kick off 7 days later on December 27, 2019.

The Division One League and the Women’s League are slated for January 2020 kick offs.

The MTN FA Cup and the Sanford Women’s FA Cup competitions are also expected to start next year.

This will be the first time league football is returning to Ghana since June 2018, when a documentary by investigative journalist Anas Aremeyaw Anas, resulted in the truncation of football activities in the country.

One year of Normalisation then followed until October 2019 when a new football administration was installed with Kurt Okraku winning a keenly contested election to become the new Ghana Football Association President.