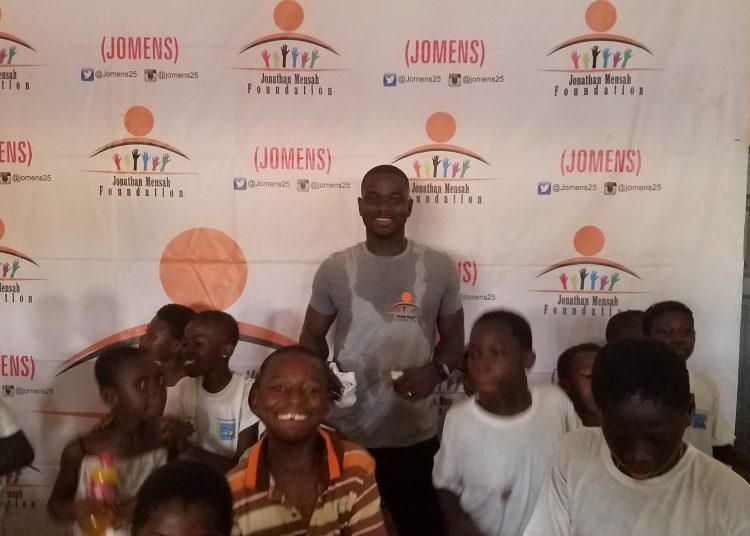 Ghana and Columbus Crew defender, Jonathan Mensah, has made a donation to The Street Academy in Accra.

The donation according to the Black Stars defender, is his small way of giving back to society.

Through his foundation, the Jonathan Mensah Foundation which was formed in 2012, the 29 year old has donated to several charities and schools in and round Accra.

Friday’s donation is the second time the FIFA U-20 World Cup winner has made a donation this year, having made a similar gesture to the Dzorwulu Special School in January.

The donation included bags of rice, assorted drinks, toiletries and many others.

“This is something that I have been doing for a while now so whenever we are in Ghana we make arrangements, plans and get information from them and the things they need and we provide for them. It’s just incredible because it’s something my heart really loves, whenever I do this my heart rejoices.”

“I am here to donate to this school and I hope others will also be inspired to do it elsewhere. Together, we can make a small difference,” he concluded.

After the donation, the former Ashantigold star interacted with pupils of the school and engaged in dancing and fun-making, all in an effort to put smiles in their faces.

The Street Academy is a non-governmental organisation, located inside the Accra Arts Center, that uses education, sports and culture to expose the hidden talents of fortunate children living on the street of Accra, Ghana.

Their children participate in sports, culture, music, drama and basic education through a non-formal system.