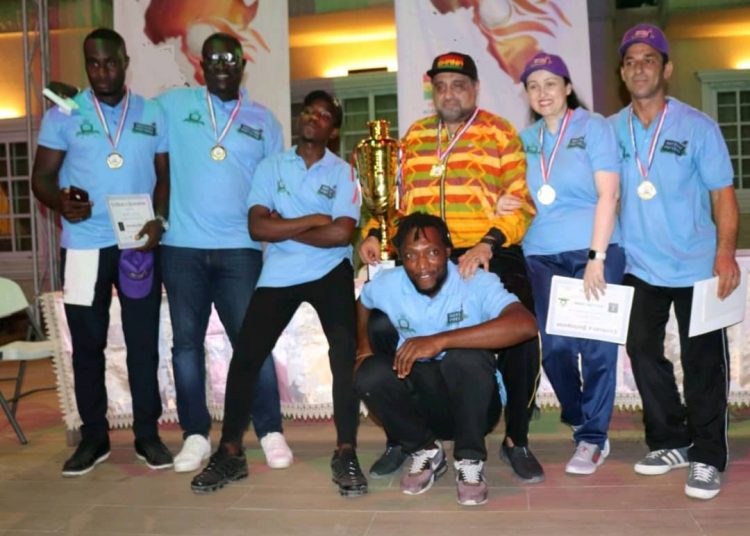 Share on FacebookShare on TwitterShare via Whatsapp
Nutterz Putterz Minigolf Club has been crowned champions for this year’s Caesars Court Minigolf League Champions after 150 fixtures over five match days.
They maintained their lead on the league log with 72 points to lift the giant trophy and other goodies at stake.
Members of Nutterz Putterz comprised of Enoch Nyarko ( 2019 African champion), Hicham Chihadeh, Hala Fattal (lowest Female score), Kevin Wilson, Abdul Gadiri, Emmanuel Osei and Talal Fattal.
It was Golden Putters Club who finished in second position with 61 points, while Kama, Power and Golden Putters clubs placed third, fourth  fifth respectively.
Nutterz’s ace,  Nyarko won the league’s most holes in 1 award – 36 Holes while Kama Club Reuben Minko won the League’s lowest score award with 376 points.
Last Sunday,  the awards ceremony witnessed the presence of deputy Director General of National Sports Authority Saka Acquaye, who presented Nutterz Putterz Club with the trophy and commended Ghana Minigolf Federation for the achievements and milestones it has chalked since its inception four years ago.
Final Standings: 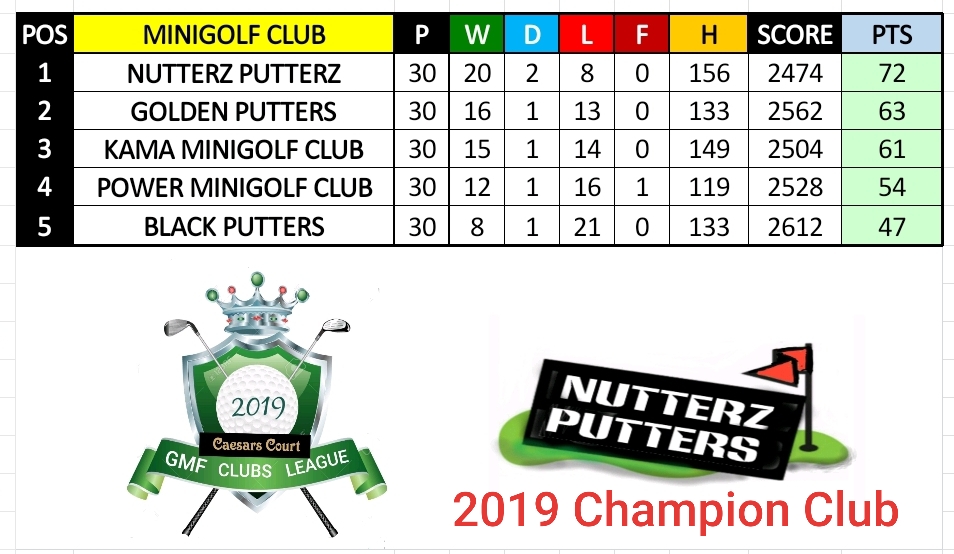 The event also saw Elwils Minigolf club also being crowned as champions of world’s first ever wheelchair GAWMA Minigolf League.
The 2019 GMF events calendar witnessed four Knock Out galas, two National Leagues, African minigolf cup of Nations (AMCON) and two  appearances of Ghana internationally at the world Cup WAGM in Sweden and the world championships in China.
The GMF 2019 events calendar would be climaxed with the final Minigolf event of the season with Champion of Champions Knock Out Gala on  January 11 and 12 in 2020.
Meanwhile, GMF will  take a three- month break to reorganize itself, hold AGM in February and launch its exclusive clubhouse for existing and new patrons to Register their GMF membership for season 2020. Executives of GMF have promised a competitive National, African and International Minigolf events in 2020.
ShareTweetSend
Previous Post