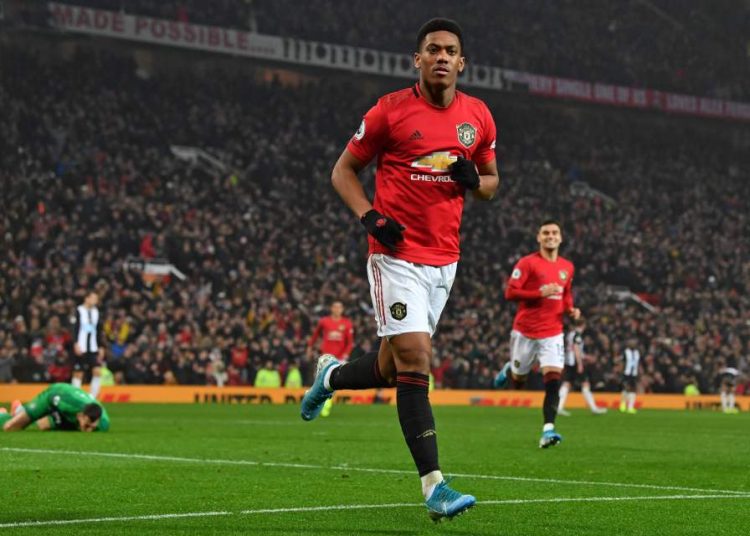 Manchester profited from some very slack Newcastle defending as they ran out 4-1 winners at Old Trafford.

The visitors actually took the lead through Matty Longstaff’s well-taken strike but goals from Anthony Martial, Mason Greenwood and Marcus Rashford put the Red Devils 3-1 up at the half time.

Martial added another shortly after the break as Ole Gunnar Solskjaer’s men showed a ruthless streak upfront to claim the deserved victory.

Only goal difference separated the two sides in the Premier League table before kick-off but it became very clear by half time who was more superior.

A slow start to the contest kicked into gear on 15 minutes when Dwight Gayle was put clean through by Joelinton, however, the forward failed to convert the huge chance as he could only fire the ball off the bar.

But Newcastle was ahead a minute later through with Longstaff, who scored the winner in the St James’ Park fixture, beating David de Gea after cleverly letting the ball roll across his body.

Man United was only behind for seven minutes though and it was Martial who levelled the scores.

A decent ball by Luke Shaw found Andreas Pereira, who teed up his teammate and the Frenchman beat Martin Dubravka at his near post.

The Red Devils then went ahead when Fabian Schar’s dreadful ball across goal went straight to Greenwood, although the 18-year-old’s powerful finish in-off the bar was sublime

And the game was pretty much sewn up after 41 minutes when Rashford leapt brilliantly to head in Aaron Wan-Bissaka’s searching cross from the right.

Newcastle’s errors didn’t stop after the break and another dodgy pass, this time from Longstaff, cost them another goal.

Longstaff’s backpass went straight to Martial who then proceeded to dink the ball over the helpless Dubravka.

Martial nearly scored his first senior hat-trick just short of the hour but that proved to be his final chance as he was substituted shortly afterwards, as was Rashford with Ole Gunnar Solskjaer no doubt thinking of their trip to Burnley on December 28.

Harry Maguire also went close with a long-range effort as Man United saw out the rest of the game with consummate ease.