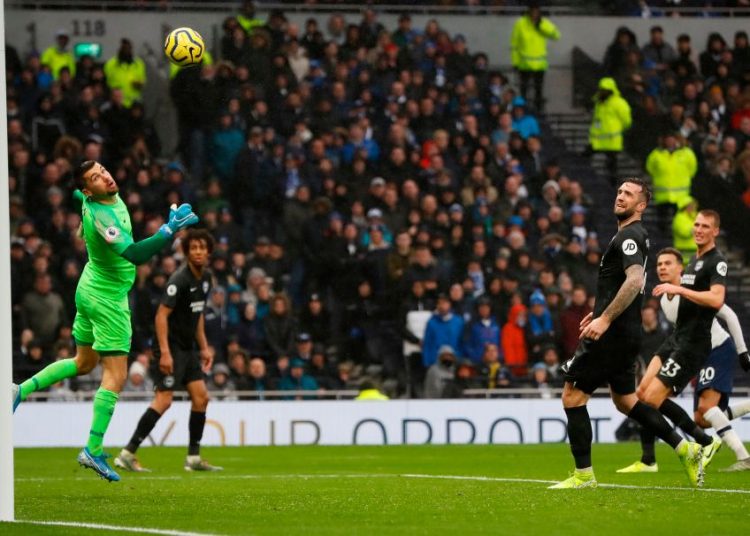 Tottenham have moved within three points of the top four as they came from behind to beat Brighton in the first match of an action-packed Boxing Day.

Dele Alli scored a superb winning goal after Harry Kane had earlier cancelled out Adam Webster’s opener, as Spurs got revenge for their 3-0 defeat at the Amex in the final stages of Mauricio Pochettino’s reign as manager.

It was Alli’s fifth goal in eight games under Jose Mourinho and it will have provided some comfort to the Portuguese, who revealed before the match that his Christmas Day had been ruined by his dog dying.

The three points boost Spurs’ top-four prospects and continue an incredible record on December 26 for both the club and Mourinho – on this date, they are unbeaten in 14 and eight encounters respectively.

Brighton, who won the reverse fixture 3-0 in October, had threatened to ruin that run as they were the better side in the first half and had Webster’s opener to hang onto.

But they have now gone three games without a win and must prepare for another lunchtime kick-off against Bournemouth in 48 hours.

Even before the loss of his family pet Mourinho’s mood had been soured by spending much of the build-up to this game talking about VAR and how it is killing the game and his feelings would only have worsened in the 25th minute as his side had a goal ruled out.

Spurs had laboured in the opening quarter to get in behind Brighton, so they went long as Harry Winks sent Kane clear.

Spurs needed that pick-me-up so to have the goal chalked off was a blow and what happened 12 minutes later was perhaps inevitable.

Winks was adjudged to have fouled Ezequiel Schelotto on the left, though contact was minimal, and Pascal Gross whipped in an inviting delivery which Webster climbed highest to power home.

Spurs were booed off by their fans at half-time, but they were immediately better after the break and needed only eight minutes to equalise.

Lucas Moura looked to have run into a blind alley but a lucky deflection saw the ball fall kindly to Kane and after Ryan saved his first attempt, the striker put the ball away at the second attempt.

It was his 10th goal of the Premier League season, the sixth successive season in which he has reached double figures.

That was just what Mourinho will have ordered and Spurs used it as a launchpad to push Brighton back.

Kane would have had another chance had his touch been better after Moussa Sissoko’s raid forward, but there was no denying Spurs a second in the 72nd minute.

It was a brilliant team move as Moura and Kane linked up with Christian Eriksen, Dane’s brilliant diagonal ball finding Serge Aurier for him to tee up Alli, whose cushioned first-time finish found the top corner.

Alli should have had a second in the 90th minute when Kane played him through, but Ryan produced a fine flying save to turn the ball over the crossbar.