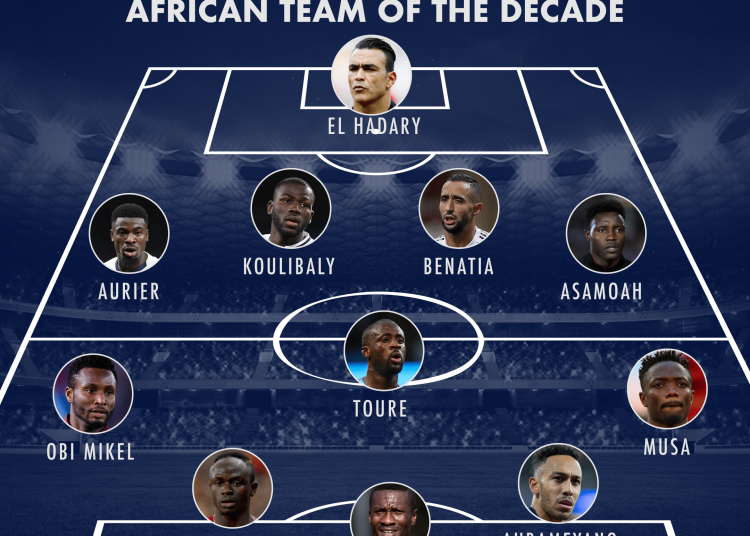 Ghanaian footballers, Asamoah Gyan and Kwadwo Asamoah have been named in the Supersports African Team of the Decade.

The list has however been criticized by fans on social media as some iconic players missed the list.

The likes of Didier Drogba, Samuel Eto’o, Michael Essien, Mohammed Salah, Riyad Mahrez, Kolo Toure were all excluded from the XI list put together by SuperSports.

Here is the list of players that were put together:

SuperSport is a South Africa-based Pan-Africa group of television channels carried on the DStv satellite platform. It provides sports content in South Africa and many other African countries.

It is noted for the broadcasting of European competitions like the English Premier League, UEFA Champions League, Italian Serie A among other major tournaments.