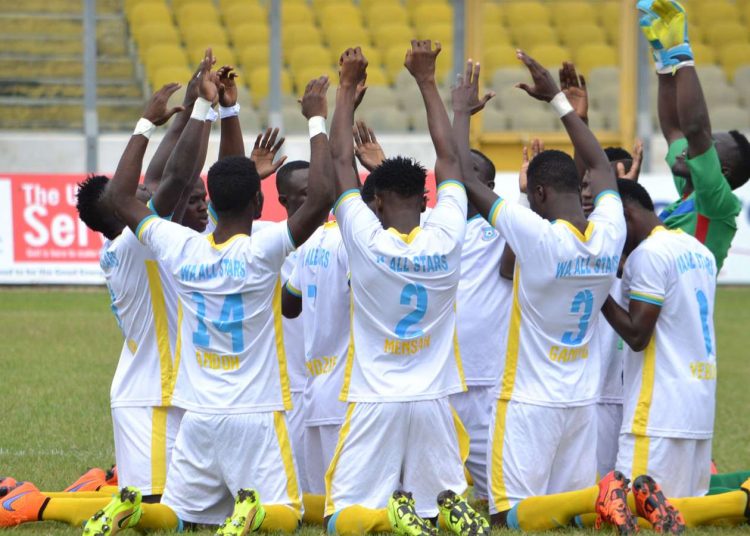 The Northern Blues have a new man at the helm of affairs as they go searching for a second league title.

Ghana Premier League side Wa All Stars have appointed Bosnian-German Goran Barjaktarevic as the new head coach of the club.

The 50-year-old takes over from former Ghana international Johnson Paintsil who has been re-assigned to the role of a scout.

Barjaktarevic is set to lead the club into the 2019-2020 season which starts on Friday.

“Following extensive discussion at the Board and Management level, a decision has been taken to hire Goran Barjaktarevic as the new head coach of the club ahead of their new season,” All Stars said in a statement.

“Goran will oversee all technical issues at the club.

“The Bosnian-German comes in with a rich and sound profile as a Uefa Pro License Certificate  and has worked as a manager and director of football for several German clubs.”

All Stars open their league campaign with an away clash with Liberty Professionals.

“It is important to note that former head coach John Paintsil has not been sacked as has erroneously been captured by some media houses,” the communication further stated.

“Paintsil was relieved of his role following his failure to meet the Club Licensing Regulations which clearly stipulates the qualification required by head coaches in the Premier League.

“Again, management has taken this firm and decisive action following Mr. Paintsil’s effusion in the media space. These acts are unacceptable to our brand. The Board had accordingly sanctioned him for his misdemeanors and such acts will not be countenanced going forward.

“Mr. John Paintsil now assumes the position of a scout after rendering an unqualified apology to the club.

“The new head of the technical team will officially be introduced to the press in the coming days.”

Wa All Stars won the Ghana Premier League in 2016.