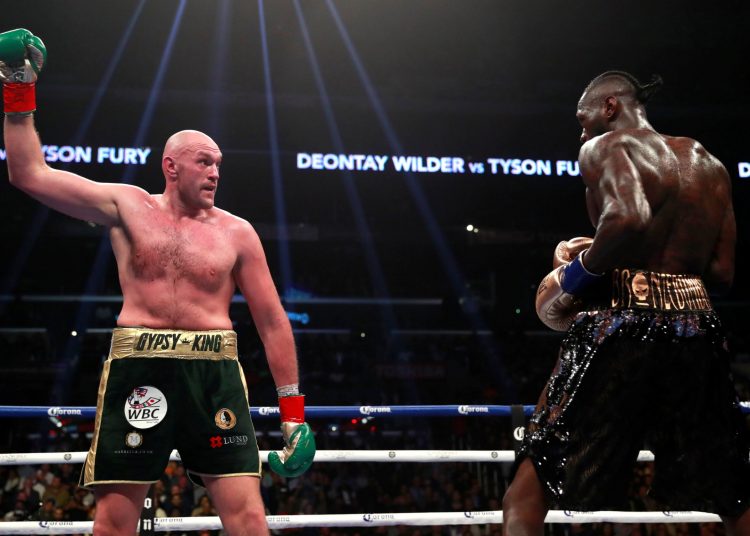 Wilder, whose WBC belt will be on the line when they meet at the MGM Grand, tweeted “there will be no more unanswered questions” and “I will finish what I started”.

Fury told fans on Instagram to “watch me knock out Deontay Wilder”.

Wilder said as long ago as June that an agreement had been signed for a rematch, but that it would take place after his fight with Cuba’s Luis Ortiz, who he went on to defeat at the MGM Grand in November.

Fury survived two knockdowns by the American to earn a draw when they last met, in Los Angeles.

The Briton defeated Germany’s Tom Schwarz in June, but suffered a cut eye in beating Sweden’s Otto Wallin in September, which led to concerns a rematch with Wilder could be delayed.

Fury has said he would “love” to take up an offer to spar before the fight with fellow Briton Anthony Joshua, who holds the other three world heavyweight belts – the IBF, WBO and WBA titles.

Joshua made the offer because he felt Fury would be more likely than Wilder to agree to meet him for a unification bout if he won the WBC belt.

No fighter has ever held all four major world titles in the heavyweight division.