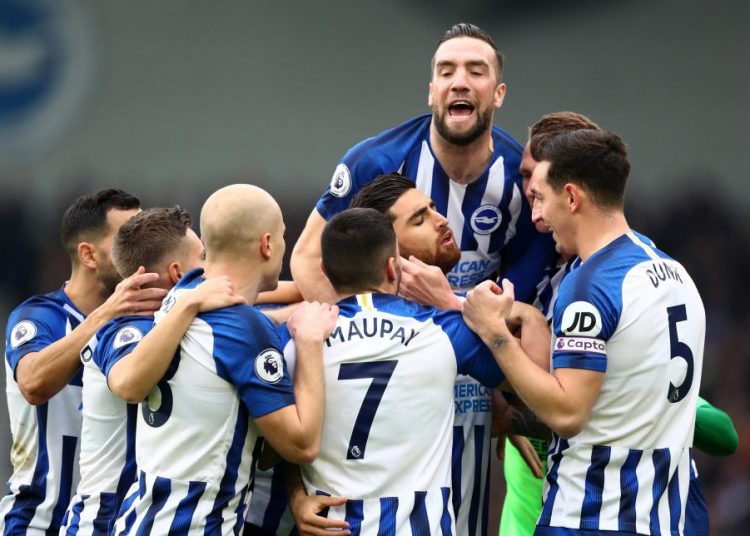 Bournemouth is staring at the very real threat of relegation following a 2-0 defeat at Brighton.

Two beautiful goals, from Alireza Jahanbakhsh and then Aaron Mooy, condemned the Cherries to their seventh defeat in nine games, leaving them just two points above the drop zone.

West Ham and Aston Villa can both overtake Bournemouth with victories later on Saturday, which would see Eddie Howe’s men finish 2019 inside the bottom three.

Brighton, on the other hand, overcame more VAR controversy to end a four-match winless streak.

After Jahanbakhsh’s bullet put the hosts in front on three minutes, Dan Burn thought he doubled the lead in the second half.

However, the goal was ruled out for offside following a VAR review, and while there have been many marginal calls this season, surely none have been tighter than this.

It mattered not, though, as the magnificent Mooy scored a stunning goal to give the Seagulls the two-goal lead which had been cruelly taken from them.

They move up to 13th, five points clear of the relegation places, ahead of Chelsea’s visit to the Amex on New Years Day.