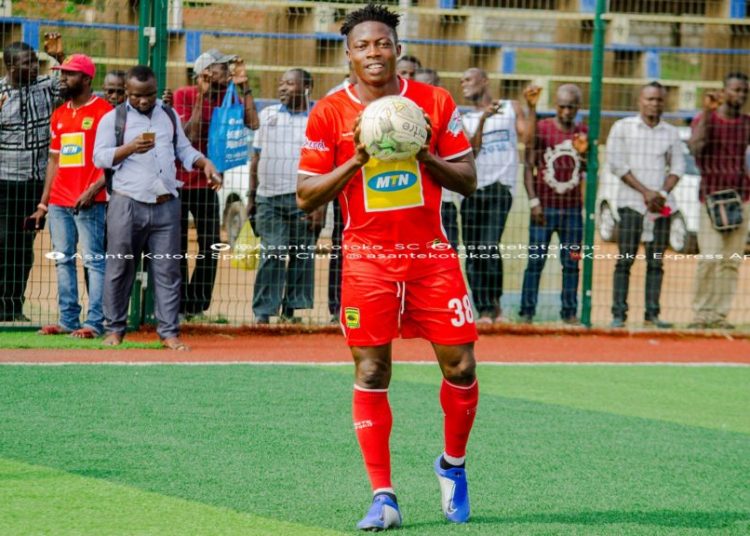 All 18 sides involved in this season’s Ghana Premier League would have been hoping for great starts to the campaign.

But even Asante Kotoko, playing at home against Eleven Wonders, could not have dreamt of the start they made.

Inside two minutes, they already had the ball in the back of the net.

A short corner from the Porcupine warriors caught out the Wonders defence and a cross into the box was headed home powerfully by Blay.

The goal was even more important as it was the only one Kotoko scored in the game, picking up all three points with a 1-0 win.

The goal was the first of 25 scored across the nine venues on Sunday.

The opening day victory was sweetened even further by news that their rivals, Hearts of Oak had lost at home to Berekum Chelsea.

Take a look at the clever goal below:

Brilliant play by Emmanuel Gyamfi,the idea and technique behind the cross leading to the goal is A CLASS. pic.twitter.com/ClnmVQiaxI