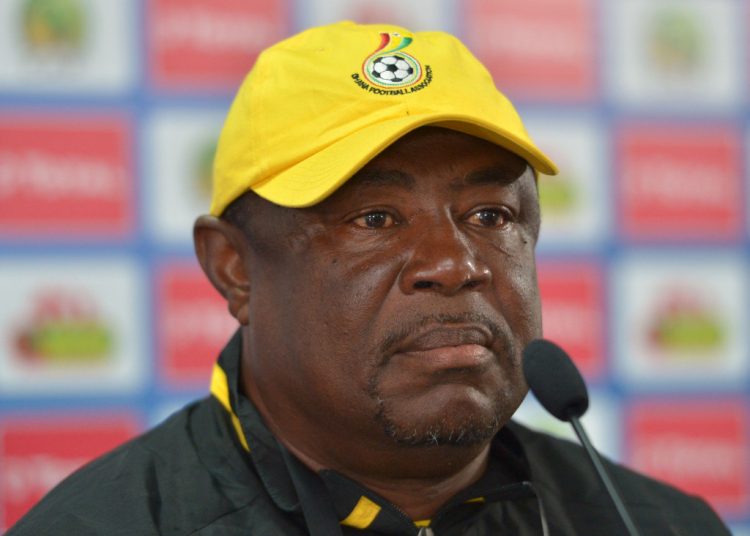 Samuel Kwasi Fabin, coach of Ghana during the 2017 Under 17 Africa Cup of Nations Finals Ghana press conference at the Libreville Stadium in Gabon on 19 May 2017 ©Samuel Shivambu/BackpagePix

Paa Kwesi Fabin has been named as the new head coach of Ghana’s Under 23 side the Black Meteors.

He replaces Ibrahim Tanko who was axed when the technical teams were dissolved by the Ghana Football Association (GFA).

Akapko Patron has been named as Fabin’s assistant with Ben Owu appointed as goalkeepers’ trainer.

However, with a place at next year’s Olympics at stake, the Meteors fell to the Ivory Coast and South Africa on penalties.

This led to Sammy Osei Kuffuor describing the side as the worst team Ghana has ever taken to a tournament.

Fabin has led the Black Starlets, whom we guided the team to the final of the 2017 African U-17 Championships in Gabon, and also to the quarter-finals of the U-17 World Cup in India.

He also had two stints at Kumasi Asante Kotoko.

Other members of the technical team are:

The GFA has also named a Management Committee for the Black Meteors as follows: