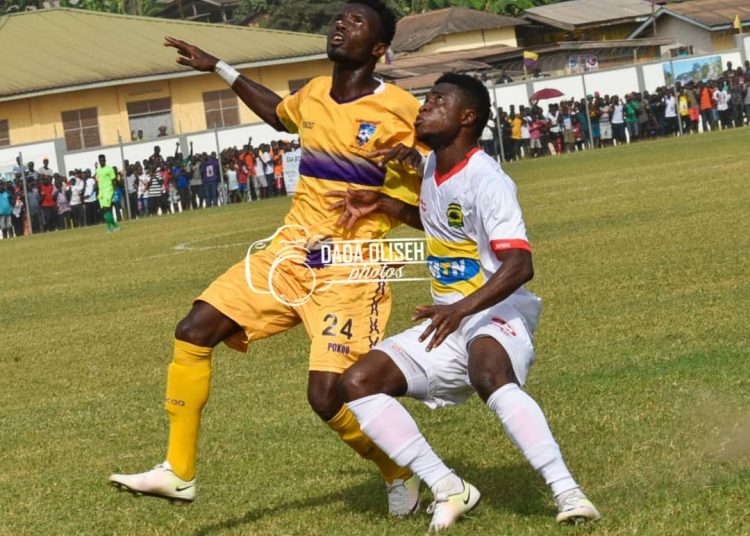 Asante Kotoko suffered their second loss of the season after losing 1-0 at Medeama on Wednesday. The Yellow and Mauves converted a 3rd minute Prince Opoku Agyemang penalty to hand Kotoko  another loss after they were beaten 1-0 by Berekum Chelsea in Kumasi in Week 3.

Hearts of Oak went unbeaten for the second straight match after they drew goalless at WAFA. The Phobians managed to keep their hosts at bay but they also needed a timely save from goalkeeper Richard Attah in the 65th minute to keep them in the game.

Liberty Professionals grabbed their first victory of the season after they beat Ebusua Dwarfs 2-1 at the Cape Coast Stadium. Seidu Abubakar gave Dwarfs the lead in the 69th minute but Alhassan Mubarak levelled four minutes later and Rudolph Mensah gave Liberty the win with a goal in the 90th minute.

Elmina Sharks also grabbed an away win after beating Inter Allies 3-2 at the Accra Sports Stadium. Benjamin Tweneboah gave Sharks the lead in the first half but Victorien Adebayor tied things up before half time. In the second half, Bernard Boateng and Raphael Ocloo stretched the lead for Sharks to 3-1 but Samuel Armah scored for Allies to make it a nervous end but Sharks held on.

In Techiman, Eleven Wonders handed Aduana Stars their first loss of the season after a 1-0 win thanks to a goal from  Kwadwo Asamoah.