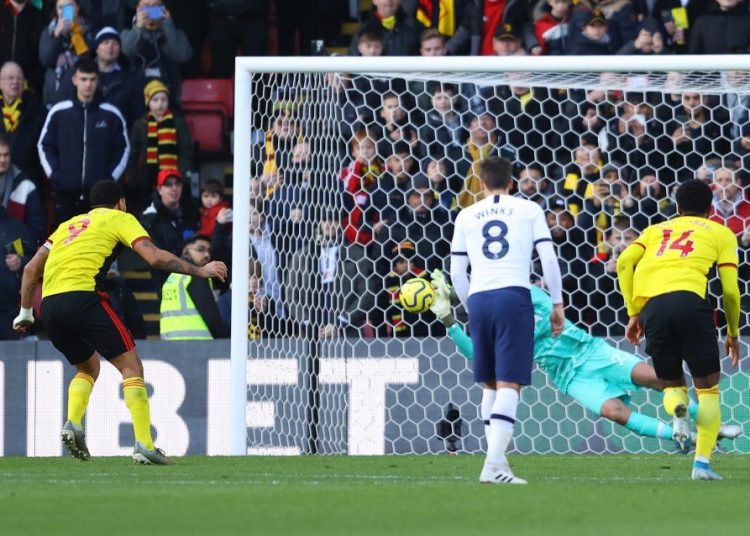 Paulo Gazzaniga came to Tottenham’s rescue and Watford were saved by a milimetre during the 0-0 draw at Vicarage Road.

With Hugo Lloris close to returning from injury, Gazzaniga produced his biggest contribution since replacing the Spurs goalkeeper by saving Troy Deeney’s penalty.

Tottenham kept the opposition out for just the second time under Mourinho thanks to Gazzaniga’s stop in the 70th minute.

It’s actually the first time Tottenham have kept a clean sheet away from home in the league for more than a year, breaking a run of conceding in their last 18 trips.

But their form will remain a concern for Mourinho, who is now without a Premier League victory in his last three matches.

But in a game of very few chances, the visitors created more, and nearly claimed a dramatic late victory.

Erik Lamela thought he sent the ball dribbling over the line in stoppage time, but new Watford signing Ignacio Pussetto came off the bench to produce a last-ditch clearance on his debut.