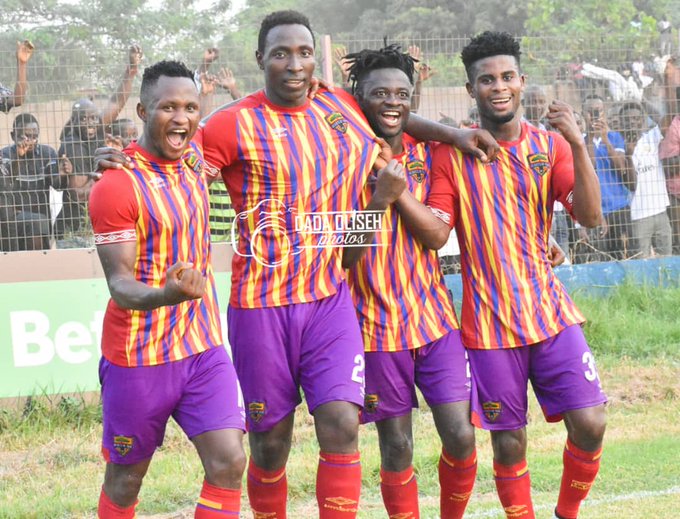 Accra Hearts of Oak extended their unbeaten run in the Ghana Premier League to three games, coming from behind to defeat Liberty Professionals 2-1 at the Dansoman Carl Reindolf Park on Sunday.

Michael Sefa scored for the home side inside 1 minute with a header but the Phobians showed great resilience to score two goals in two minutes to complete the comeback. Kofi Kordzi set up the equalizer from Bernard Arthur before scoring the winner himself.

On Saturday, Ashantigold tasted their first defeat of the season, losing 1-0 at home to Berekum Chelsea. After a goalless first half, Ashantigold goalkeeper Frederick Boateng let an easy back pass slip through his hands for Kofi Owusu to tap in for what would eventually be the only goal of the game. Berekum Chelsea are unbeaten so far this season and move to the top of the table with the win.

Songne Yacouba missed a first half penalty but it did not matter as goals from teenager Cudjoe Anim and Richard Arthur returned Maxwell Konadu’s men to victory in a game played behind closed doors in Kumasi.

In Dawu, Ibrahim Issah scored the only goal as Dreams FC ended Medeama’s unbeaten run in the league.

The win takes Dreams up to 5th on the table with Medeama losing their top spot.

Yahaya Mohammed his 6th goal of the season with Noah Martey contributing another as Medeama dispatched Legon Cities 2-0 in Dormaa.

The Ogya Lads have now won all 3 home games this season and move to second on the league table.

Elsewhere, King Faisal came from a goal down to draw 1-1 with Karela United. Kwame Boateng opened the scoring for the home team Karela before Mustapha Mohammed equalized in the second half for King Faisal.

Inter Allies recovered from an own goal to draw 1-1 at home to WAFA and Elmina Sharks and Great Olympics also drew 1-1, Oly with their first point away from home. 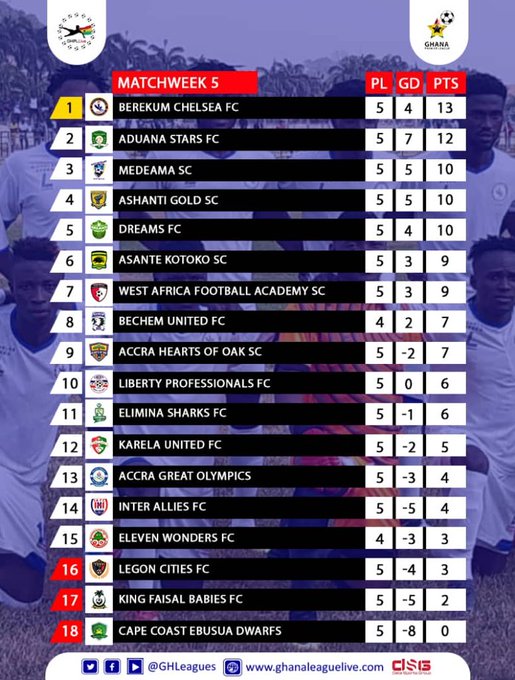