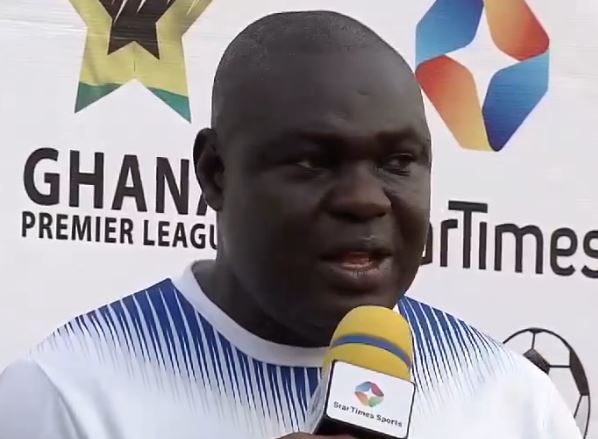 AshGold assistant head coach, Shariff Mambo, has slammed his players for their role in Saturday’s 1-0 home loss to AshGold in Week 5 of the Ghana Premier League.

The Miners were stunned by a Kofi Owusu goal in the second half after goalkeeper Frank Boateng dropped a header from his defender.

The home side created chances before and after the goal but they failed to find the back of the net.

After the match, Mambo did not hold back at all and strongly criticised his players for their cocky attitude towards the game.

“I am not happy today. We had a lot of chances to score but we failed to utilise them. Meanwhile, Berekum Chelsea got a slight opportunity and made use of it.

The boys were not serious and they were overconfident and they believed they would just show up and win.

I spoke to them at half time and they improved and they created chances but they could not score any of them.”

After scoring 6 goals in their first three matches of the new season (3-0 win over Olympics, 1-0 at King Faisal, and 2-0 against Eleven Wonders), the Miners have not scored in their last two matches and Mambo ruled out physical exertion on the players.

He rather said that his charges had developed the wrong attitude towards league matches.

“What we are going through is not a matter of fatigue. It is overconfidence. When we play, everyone can see that they are very durable and can last in matches and so, we cannot blame fatigue.

We have been creating all many chances in our matches but we are not putting them away.”

AshGold face Medeama (away), Dwarfs (home) and Hearts of Oak (away) in their next three matches in the Ghana Premier League.