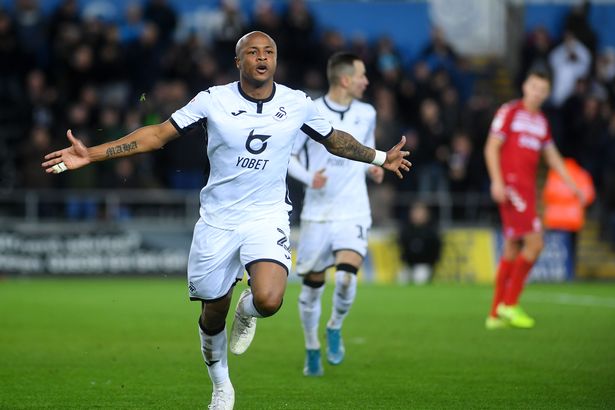 English Championship side Swansea City have slapped an £18 million price tag on forward André Ayew to ward off any potential suitors in the January transfer window.

The 30 year old leads the scoring for the Welsh side this season with 12 goals in all competitions – the latest being the winner against Wigan Athletic last weekend.

The Black Stars captain’s future at the club has been the subject of intense speculation over the past couple of weeks, with Tottenham Hotspur and Leeds United among the leading candidates for his signature.

With 18 months left on his Swansea contract, and being the club’s highest earner by some distance, murmurs around the club suggest that the hierarchy is split between the forward’s future, with a section wanting to cash in quickly before he runs out his contract.

But it looks like Ayew would be staying put, at least till the end of the season, with the latest development.

Ayew rejoined Swansea in January 2018 from West Ham, but spent last season on loan at Turkish side Fernerbahce, before returning to the Swans at the start of the season.