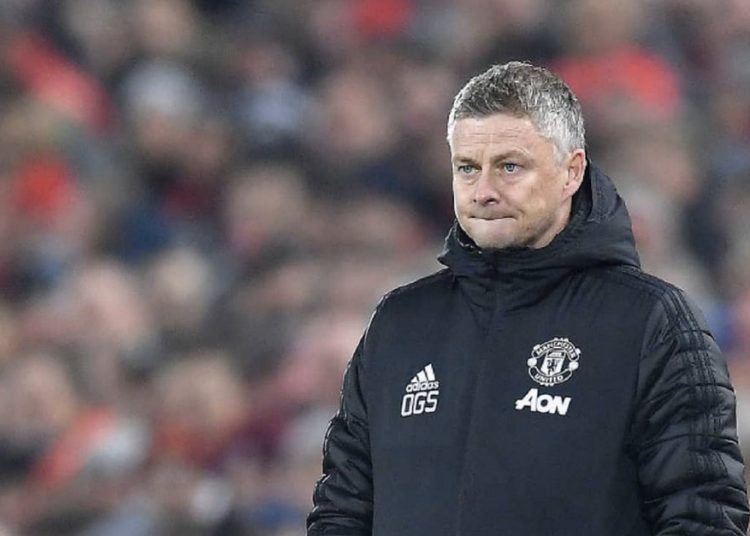 Fans of Manchester United are desperate for a change in management at the club following a depressing 2-0 home loss to Burnley on Wednesday night.

United, who had the chance to cut the gap between them and fourth-placed Chelsea to just three points, succumbed to goals from Chris Wood and Jay Rodriguez.

Fans of the Red Devils took to social media yet again to vent their spleen, demanding not just the head of manager, Ole Gunnar Solskjaer, but also the Executive Vice Chairman of the club Ed Woodward and owners, The Glazers.

At one point or another on Wednesday night and Thursday morning, #OleOut, #WoodwardOut and #GlazersOut were trending on Twitter.

Fans want Ole out because of Man Utd’s patchy form since the turn of the year. The Norwegian has lost more Premier League games than he has won as United manager.

Ed Woodward isn’t been spared as well with fans criticising the lack of quality signings at the club in recent years.

The club’s owners, the Glazers are also being targetted for a number of reasons, including an apparent disinterest in the club’s performance on the field and for their detached attitude.

Fans of the club aren’t happy.

Today’s humiliation is not in isolation.

We have been humiliated time & time again this season.

Is Ole good enough? No

Is Ole fully to blame? ABSOLUTELY NOT – THE GLAZERS ARE #GLAZERSOUT#SACKWOODWARD#WOODWARD#OLEOUT pic.twitter.com/aQqUZ0ey28

Not next month, not next week, not tomorrow. Tonight he must go. #OleOut

Ole is just a legend, he is not a coach! #OleOut pic.twitter.com/fmVtS3D1PQ

Ole has somehow managed to lose 19 in 41 #OleOut

One of the Most painful Manchester United Pictures I have ever seen.
They have all been the cause of our miseries.
Get them all out 😡 #MUNBUR #OleOut pic.twitter.com/ZspZXDolzH

United needs a world class coach for dis rebuild. Ole can never be the man to carry us through. Absolutely never😡.#OleOut