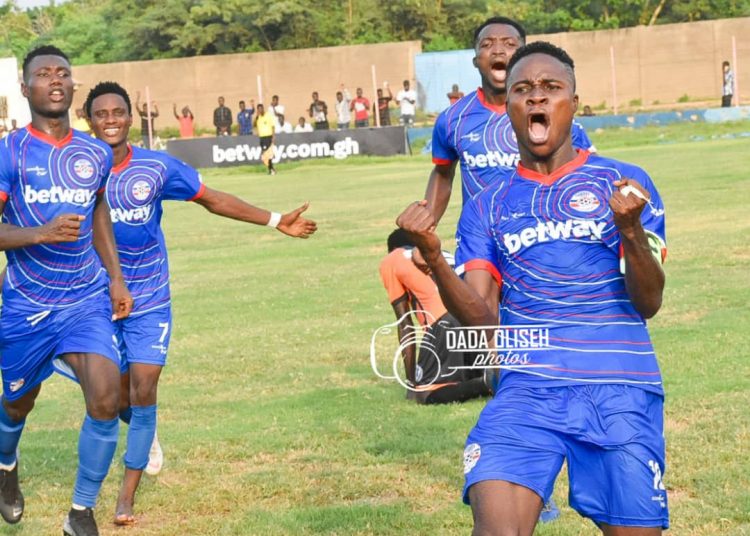 The Scientific Soccer Lads took the lead from a controversial penalty in the 29th minute of the game.

Elvis Kyei-Baffour converted the spotkick after he was brought down by the WAFA defender.

The host side, WAFA ended the first half behind by a lone goal despite having the majority of possession.

Substitute, Sampson Agyapong, however, gave The Academy Lads the equalizer with about 19 minutes left on the clock to set up a frenzied finale.

Sampson picked the ball outside the 18-yard-box, cut inside the Liberty goal area and carefully placed the ball behind the Shaibu Ganiyu.

After the goal, WAFA mounted more pressure as they sought the winner.

However, it was the visitors who picked up all three points as Alhassan Mubarak fired in a rebound to hand the Scientific Soccer Lads their second win of the season.