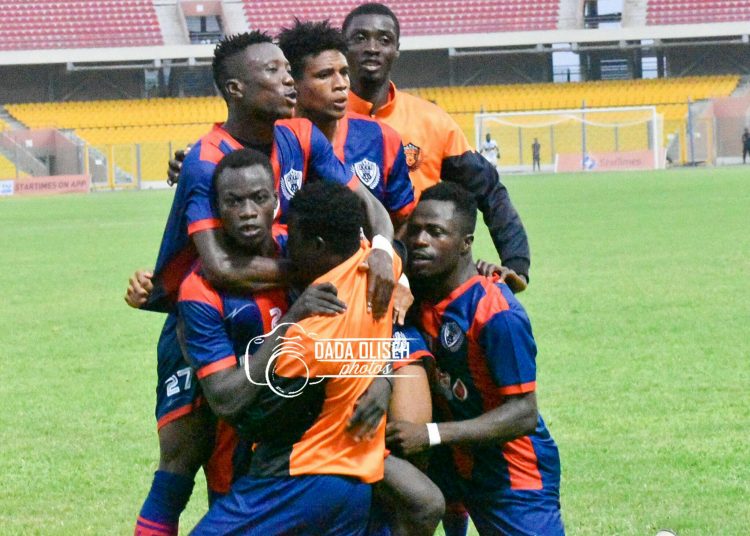 He stepped up and bent a neat strike past the Bechem United goalkeeper, who was rooted to the spot, in the first half.

The goal and eventual win sparked wild celebrations from fans who had come to see the Legon-based side.

Legon Cities, despite an impressive social media campaign have failed to pick up three points until tonight.

The win excited the people at the Accra Sports Stadium who had already been treated to a stunning performance by rapper Medikal at half-time.

And, of course, given their immense popularity on social media, that excitement spread onto Twitter where Cities appear to have become the favourites of the neutrals.

They are now on six points with one win and three draws from their first six games.

Take a look at Karim Abdul’s strike, posted by Twitter user ‘Beyond the Pitch’ below: