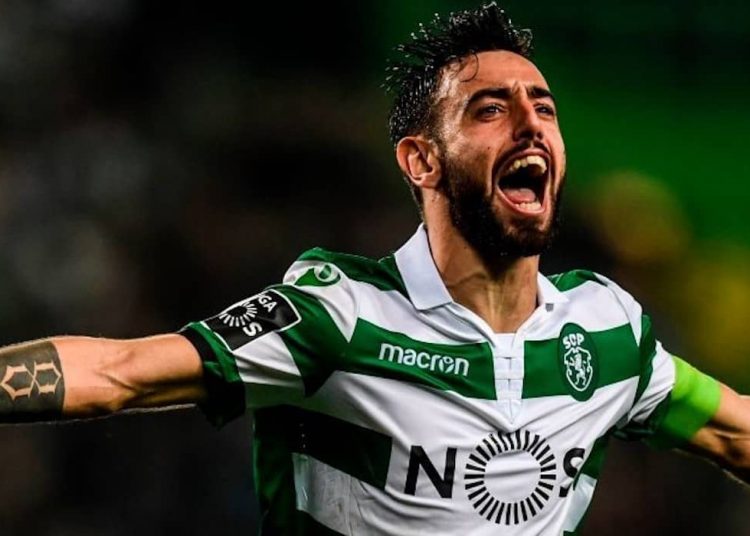 Manchester United have confirmed they have reached an agreement to sign Sporting Lisbon midfielder Bruno Fernandes.

United have agreed a deal worth up to £68m with the Portuguese club, with the player set to fly into the UK on Wednesday evening to complete the move.

Fernandes is due to visit Sporting’s head offices on Wednesday afternoon where he will terminate his contract with the club and is expected to record a video saying goodbye to the Sporting fans.

The Portugal international will then make his way to Tires Airport where he will board a private jet bound for Manchester.

It is expected Fernandes will get his United medical underway on Thursday morning.

United increased their offer to sign Fernandes twice in the past 24 hours, the second for a deal worth up to €80m (£67.76m), which Sporting accepted.

After weeks of negotiations, United executive vice-chairman Ed Woodward has reached an agreement which will see the club pay an initial fee of €55m (£46.56m) plus add-ons.

Sporting would receive a further €10m (£8.46m) from United if Fernandes reaches what are considered easily achievable targets and an additional €15m (£12.7m) if more difficult targets are met. It is understood these clauses include Fernandes winning the Ballon d’Or.