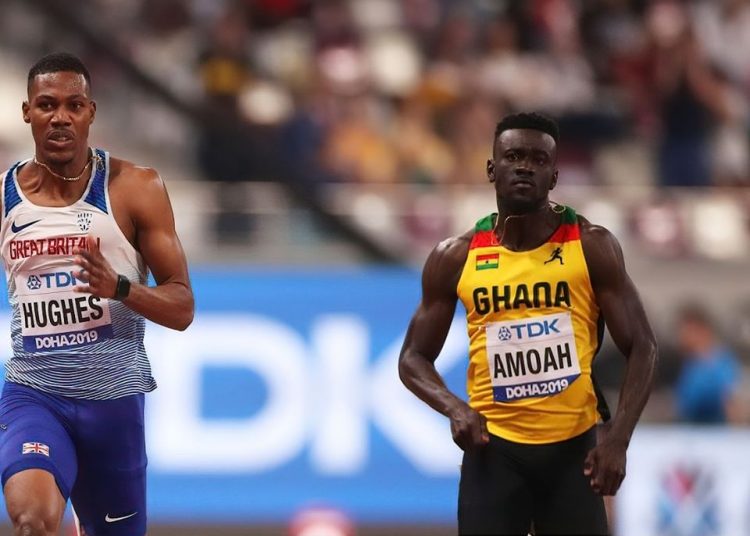 Ghanaian athletes continued their impressive start to the 2020 Indoor season with record-breaking runs and jumps in various competitions across the United States.

West Texas A&M student, Benjamin Azamati, got his first ever indoor season off to an impressive start barely three weeks after transferring from the University of Ghana to compete for the Buffalos in the USA.

Ben clocked a quick 6.69 secs in the 60m at the 2020 UNM Team Invitational. His time, achieved in the prelims, is tied for the fastest in the nation this season and breaks Tommy Curry’s school record set back in 2015.

There were also impressive outings for Ghanaian athletes in the horizontal jump events.

Long jumper, Abraham Seaneke, leapt to a distance of 7.81m at the 2020 UNM Team Invitational.

The effort is an improvement on his previous other outing in 2020, a 7.47m jump on 18th January at the Sports Performance Center, Lubbock, TX (USA).

Elsewhere, Deborah Acquah, confirmed her fine early season form in the Long Jump with a 6.58m performance at the 2020 Texas Tech Invitational.

Her performance is a 1cm improvement to her national indoor record set 2 weeks ago.