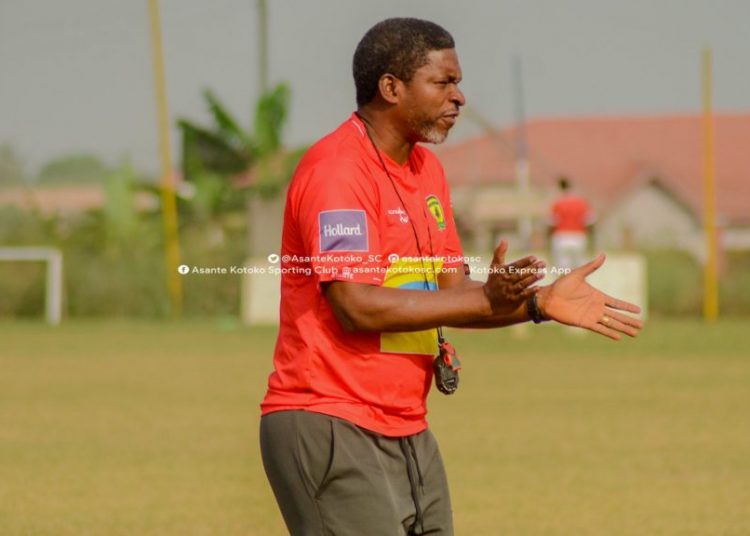 Kotoko head coach, Maxwell Konadu, was not a happy man after his team failed to beat Liberty Professionals in their Week 7 clash at the Baba Yara Stadium in the Ghana Premier League.

The Porcupine Warriors needed William Opoku Mensah to score in the 86th minute to give them a point in the encounter.

After defeating rivals Hearts of Oak in Week 6, the expectations were that the Reds would use the momentum of the victory to push them to another victory but they had to settle for a 1-1 draw and that did not make Konadu a happy man on Sunday.

“We are not that we lost points at home. We were stronger in the second half but we just could not manage to take the points, We wanted to win to help our position on the table.

It was a tough match and Liberty played very well. It was a good match overall but then, Liberty were better than us.”

The result meant that Konadu’s team has picked up two wins, a draw and a loss in their home matches so far in the season.

Kotoko head to WAFA and Dreams FC in Week 8 and 9 before returning home to face AshGold on February 16.