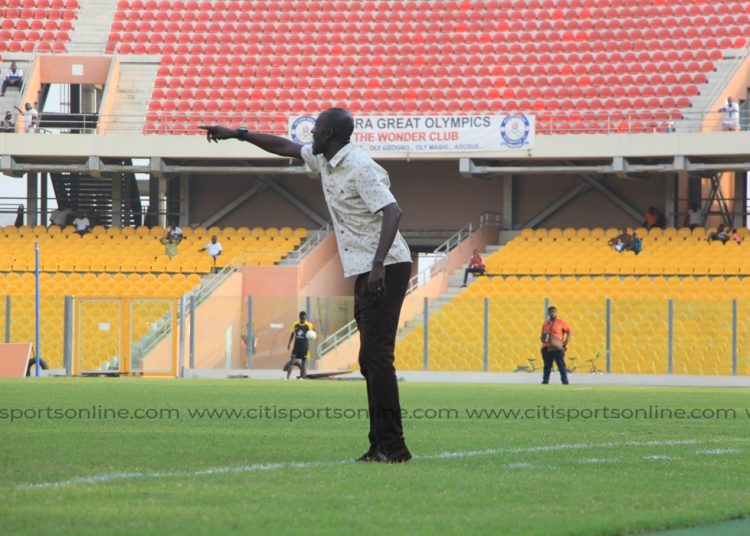 Accra Great Olympics have confirmed the departure of Prince Koffie as the first-team coach of the club.

The coach tendered his resignation letter to the club’s management on Monday, February 3, 2020, after a month in charge of the team.

He was appointed as the replacement for Coach Nii Armah who left the club in December 2019.

Following Accra Great Olympics’ loss to WAFA on Sunday, February 2, 2020, the coach was subjected to harsh criticism from the fans of the club.

The club announced the development via its Twitter handle on Tuesday morning.

We can confirm that Prince Koffie has stepped down from his role as Head Coach at Accra Great Olympics.
Assistant Coach Seth Hoffman takes temporary charge of the team. #OLYDade pic.twitter.com/XCy8vB0OWd

Prince Koffie has lost four of his seven games in charge winning only two in the Ghana Premier League.

Accra Great Olympics sit 14th on the league standings with 7 points from a possible 21.