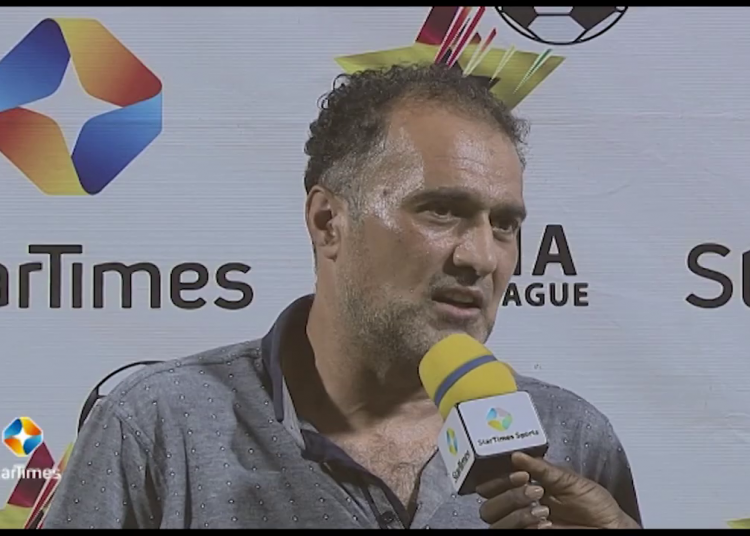 In a statement signed by the GFA’s General Secretary, Prosper Harrison Addo, the country’s governing body said it “could not validate the authenticity of the UEFA License A certificate presented by Mr. Gokyildiz.”

The revocation of Gokyildiz’s license will take immediate affect and the Miners have been asked to desist from using him as head coach of the club.

The 54 year old Turk was given provisional license to coach the club and he superintended over three games, winning two and drawing one.

As part of the implementation of the Club Licensing Regulations, all coaches in the Ghana Premier League were required to have attained a minimum qualification of a CAF License A or its equivalent; a UEFA License A in the case of Gokyildiz.

But it appears Gokyildiz either does not have the requisite qualification or the GFA is having trouble verifying the information, hence their decision.

Read the Full GFA letter below: 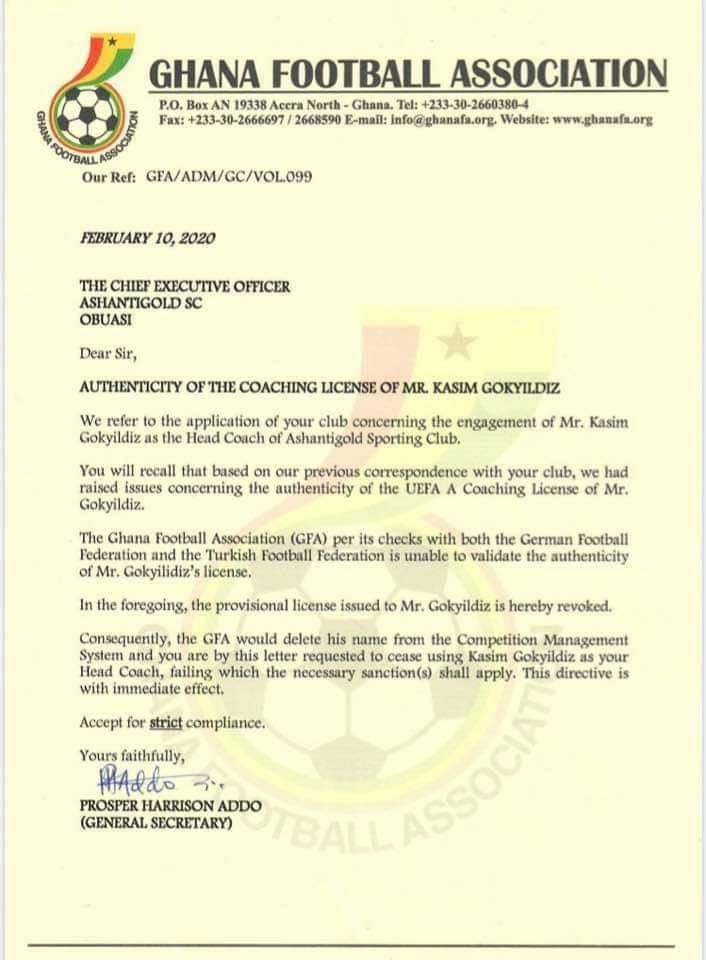 But in an interesting twist, a photo has popped up, that appears to provide proof that Gokyildiz indeed has completed his UEFA License A badges.

See Below a photo of Gokyildiz’s purported UEFA License A certificate: 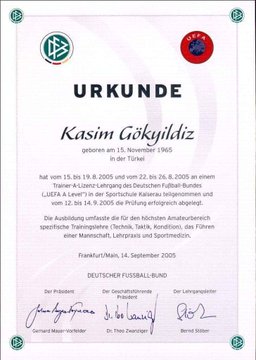