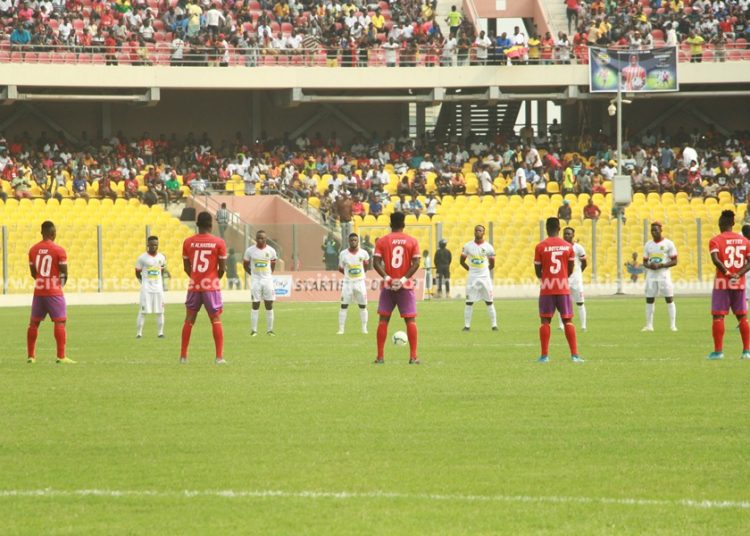 Kumasi Asante Kotoko will play their remaining home games for the 2019-20 football season at the Accra Sports Stadium.

The club announced in a brief tweet that the decision was taken by the club’s management.

Kotoko and King Faisal who usually share the Baba Yara Stadium have had to find alternative home grounds for their games following the closure of the stadium in Kumasi due to preparations ahead of March’s Independence Day celebrations.

Asante Kotoko play Bechem United and Elmina Sharks in their next two home games in the Ghana Premier League.

Management has chosen the Accra Sports Stadium as our home ground for the remainder of the 2019/2020 season.

Meanwhile, our FA Cup duel with Deportivo will be played at Len Clay Stadium in Obuasi at 3 pm on Sunday.#AKSC pic.twitter.com/vyQvY184Ct

Given the ongoing renovations at the Baba Yara Stadium and the fact that the game against Sharks comes just three days after the March 7 festivities, it was always unlikely that the Porcupine Warriors would play those games at the Stadium.

However, it was expected that the club would return to the traditional home ground for the rest of the campaign.

In announcing the closure of the stadium, the National Sports Authority (NSA) said renovation works would continue after the celebrations.

With that in mind, the Kumasi club have decided to settle on the Accra Sports Stadium as their home ground for the rest of the season.

The club also announced that this weekend’s FA Cup tie will be played at the Len Clay Stadium in Obuasi.

The Accra Sports Stadium already serves as the home ground for Hearts of Oak, Great Olympics, Inter Allies and Legon Cities this season.