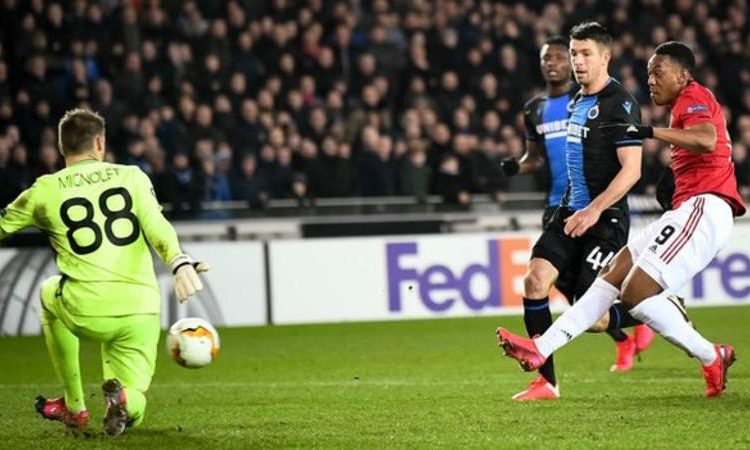 Martial scored for the second successive game after getting the opener in Monday's 2-0 win at Chelsea (Image credit: Getty Images)

Manchester United manager Ole Gunnar Solskjaer felt his side were “a bit sloppy” as they drew 1-1 with Club Bruges in the first leg of their Europa League last-32 tie in Belgium.

The visitors started poorly and fell behind when Emmanuel Dennis lobbed Sergio Romero early in the first half.

“I don’t think it was one of the best games anyone’s seen. It was a difficult game against a well-organised team in difficult conditions.

“We got an away goal, we got a draw. We go home next week so hopefully we can finish the job.”

The game was played in heavy rain and strong wind for large periods, while Solskjaer also felt the ball that is used in Europa League games did not help improve the quality of football on display.

“I think you can ask any of the players, that ball doesn’t help anyone play football,” he added.

“It’s just different and difficult to play with. You can get one and try!

“But it’s the same for the two teams, of course. But the conditions weren’t nice, the wind and the rain.”

The two sides will meet again at Old Trafford on 27 February.