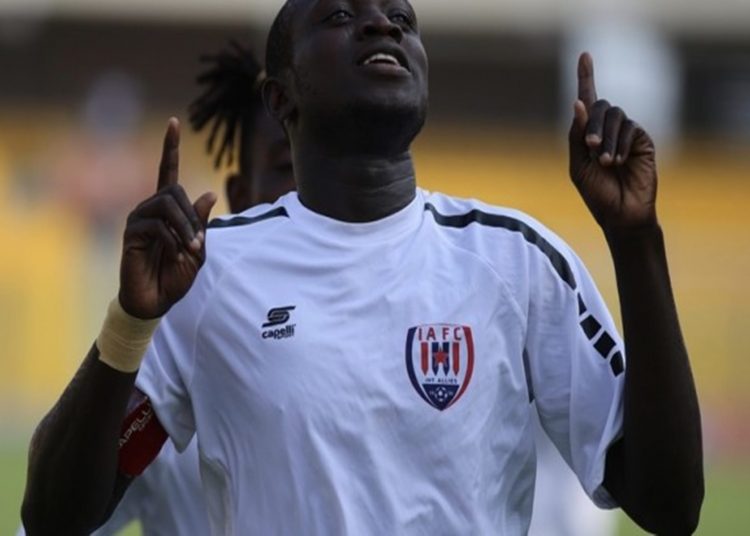 Inter Allies Football Club has issued a warning to clubs in the country to keep their hands off their Nigerien forward, Victorien Adebayor and shelf all plans of acquring the player for their teams.

The interest in Adebayor’s signature and services has hit sky high levels after his wonderful scoring run in the Ghana Premier League for Inter Allies. So far, he has bagged 11 goals for Allies and he is leading the scorers chart.

Reports say that clubs like Hearts of Oak have shown their interest in bagging Adebayor but such intentions will have to be shelved as Allies says the player will not go to any Ghanaian club.

These sentiments were captured in a statement issued by Inter Allies which was signed by the club’s Vice-President, Eric Delali Senaye.

“It has come to our notice, that some Ghanaian Premier League Clubs and their agents are unlawfully inducing our Forward Victorien Adebayor contrary to the FIFA regulations on the Status and Transfer of players.

We shall report any further attempt by the said Clubs to the Players Status Committe of the Ghana Football Association.

Currently, Inter Allies and the Players agent are considering Six (6) offers from Europe, One (1)  from UAE  and One (1) from Saudi Arabia. Victorien Adebayor is NOT available FOR/TO  any Ghanaian Club.

By this release the said Clubs have been put on notice and assigned final warning.”

Adebayor and Inter Allies will take on Ebusua Dwarfs on March 1 in Week 12 of the Ghana Premier League.