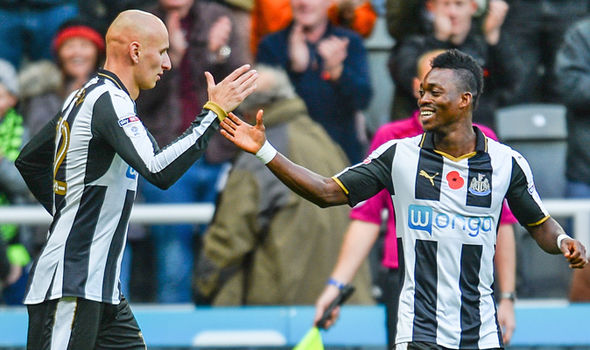 Ghana’s Christian Atsu, will be unable to shake hands with his teammates and staff of his side, Newcastle United, after their manager Steve Bruce banned the act.

According to Bruce, this has become necessary due to concerns over the coronavirus.

Other Premier League sides like Arsenal and Tottenham Hotspur have also put identical measures in place in an attempt to curb the spread of the disease.

Ahead of Newcastle’s game against Burnley on Saturday, Bruce said, “There’s a ritual here that everybody shakes hands as soon as we see each other every morning – we’ve stopped that on the advice of the doctor.

“Thankfully, we’ve got a superb doctor here and he will keep us informed of what we have to do.”

Confirmed cases of the disease in England has put authorities on high alert ahead of a busy week of Premier League action.

Atsu has struggled to cement a place in the Newcastle side this season, making only six starts in the Premier League this season.