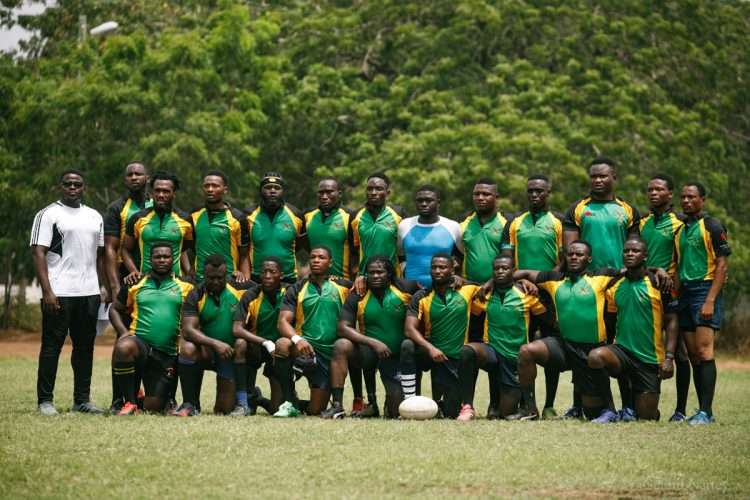 Dansoman Hurricanes RFC were crowned as the 2019/20 Ghana Rugby Club Men’s Fifteens Champions when the beat Griffons RFC by 39 points to 19 on Saturday 29 February 2020 at the St Thomas Aquinas Park in Accra, Ghana.

The President and Board Chairman of Ghana Rugby, Mr Herbert Mensah, was delighted with the conclusion of the domestic league and congratulated both teams for the camaraderie displayed after the match from his home in London.

Mensah also congratulated all the members of the Organising Committee with special reference to Board Member and Tournament Commissioner, Mr Steve Noi.

He also mentioned that Ghana Rugby is looking at a Super Club Championship between neighbouring countries as part of the WARS (West African Rugby Series) subject to funding thereof.

The score of 39 to 19 is a bit misleading as it was a tough match that could have gone any way in the second half after a half-time score of 15 for Hurricanes and 9 for Griffons.

Hurricanes, however, took control in the second half and ran in a number of tries.

Mr Emmanuel Owusu Bamfi, owner of the Hurricanes, said that he was delighted with the win.

“Hurricanes have been knocking on the doors of a Championship Crown for a few years and it is very satisfying to eventually reap the rewards of all the hard work over the years. My congratulations also go to Griffons who were worthy opponents, and of course to the Hurricanes team of coaches and players who thoroughly deserve this victory,” Bamfi said.

Mr Steve Noi, Ghana Rugby’s Tournament Commissioner said that it was always a great occasion to get to the conclusion of a domestic league.

“The Ghana Rugby Club Championship has become a tournament that all clubs and players look forward to every year. This also forms the basis for the introduction and identification of our next Ghana Eagles and it was heartwarming to see a fierce battle and with that a great display of solidarity by both teams and all of those involved, “ Noi said.