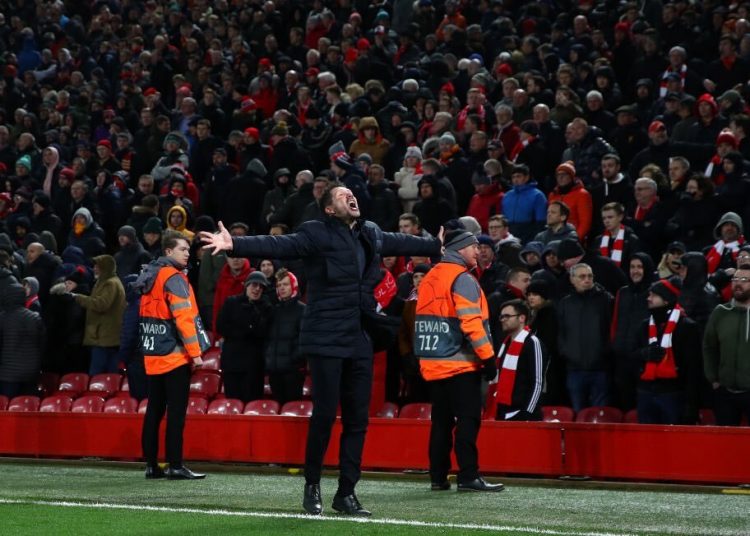 Holders Liverpool were knocked out of the Champions League by Atletico Madrid on yet another magical European night at Anfield.

The Spanish side produced a masterclass in counter-attacking play, particularly in extra-time to inflict a very rare defeat for the Reds at their famous home ground.

Liverpool seemed set for another great comeback in front of their home fans after Georginio Wijnaldum headed home a cross to take the tie into the extra 30-minute period.

Inside four minutes of extra-time, Roberto Firmino had put Liverpool ahead on aggregate, scoring from the rebound after his header struck the post.

But just three minutes later substitute, Marcos Llorente curled home when the ball eventually got to him after a mistake by Reds keeper Adrian.

The goal put Atletico back ahead on aggregate and gave them the advantage on the away goals rule, with Liverpool now needing two goals to qualify. 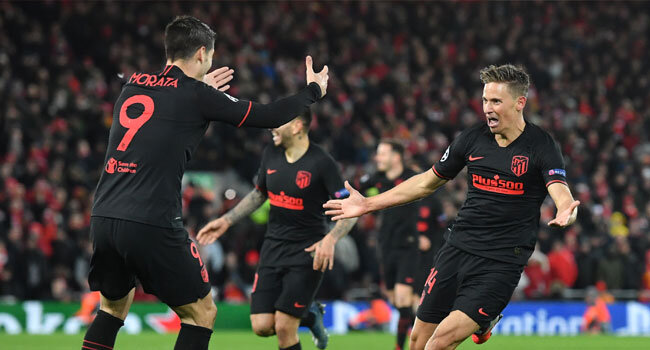 Atletico sealed qualification and a famous win at Anfield as Morata raced through on goal to fire home in the second half.

This sparked wild celebrations from Atletico’s players, fans and manager, who soaked in the cheers.