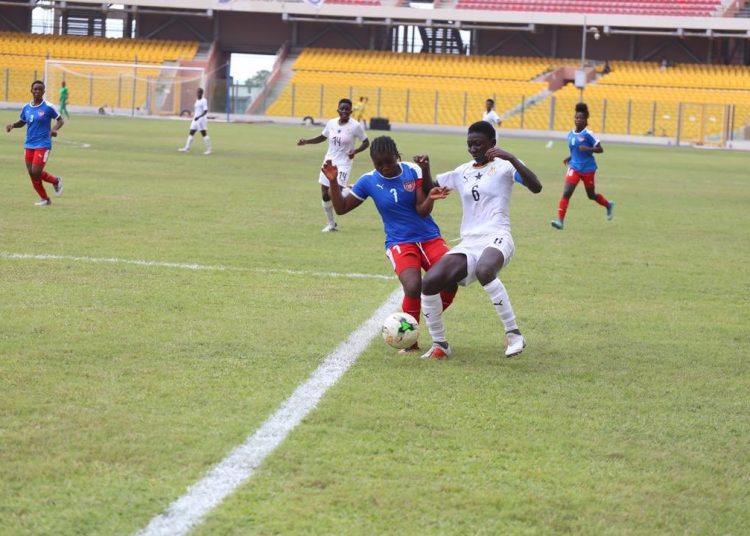 The Black Maidens of Ghana edged closer to making an appearance in the FIFA U-17 Women’s World Cup in India after thrashing Liberia 8-0 at the Accra Sports Stadium on Saturday, March  14, 2020 to complete a 10-0 aggregate rout.

Ophelia Serwaa Amponsah, who plays for Ampem Darkoa Ladies was in the form of a lifetime as she grabbed four goals against Lonestars of Liberia. 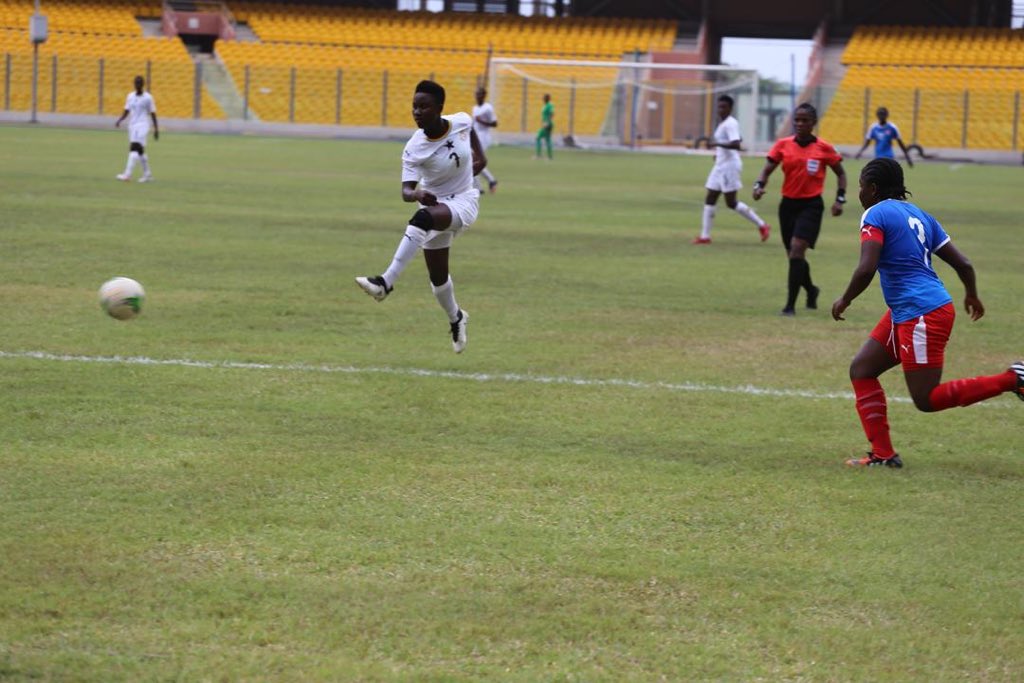 The Black Maidens were three goals up within just 7 minutes of action – Ophelia Amponsah hitting a brace under five minutes. The third goal was scored by Salamatu Abdulai.

With less than half an hour gone in the game, the Black Maidens were six goals up with Amponsah registering four goals in the process. Samaria Ladies midfielder, Elizabeth Oppong with a spectacular strike gave Ghana their sixth goal of the afternoon.

The women’s U-17 side added a couple of goals to seal a win in the reverse leg at the Accra Sports Stadium after winning the first leg 2-0 a fortnight ago.

Alice Sarpong came off the bench to convert a penalty to make it 7-0 and in the 66th minute, Tracy Twum found the back of the net to end the mauling.

Ghana will now face the Flamingos of Nigeria in the last round of qualifying with the Nigerians humbling Guinea with an 11-2 aggregate scoreline.