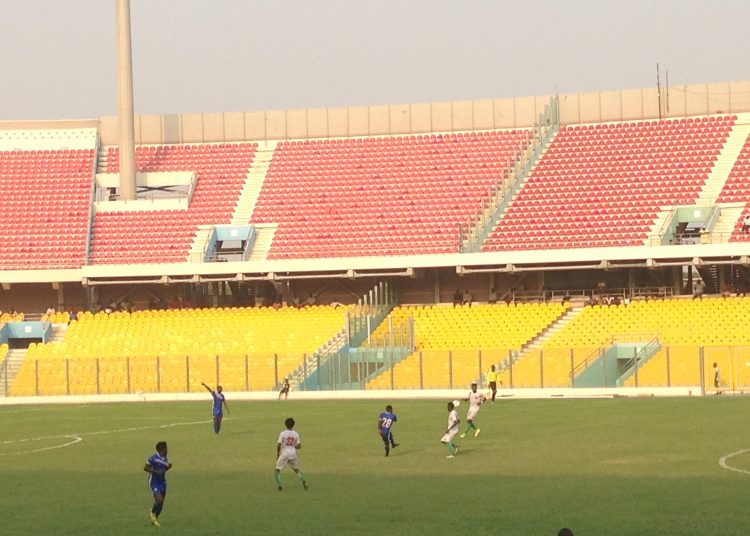 The Ghana Football Association (GFA) have paused all footballing activities in the country after six cases of COVID-19 confirmed by the government of Ghana.

At an emergency press conference on Sunday, March 15, 2020, the Ministry of Information disclosed the increase in the number of individuals who have contracted the virus.

In an earlier official statement released on the GFA’s website, the Association says it is “monitoring the evolvement of the Coronavirus around the world and particularly in Africa.”

The GFA added that it was working with the Ghana Health Service and the Ministry of Health on precautionary measures against the disease and cautioned the public to report suspected cases to nearby hospitals.

Today, however, the Association have confirmed all football-related activity has been suspended until further notice following the order of the President of Ghana, Nana Akufo-Addo.

Sporting activities over the globe have been affected by the spread of the virus since China recorded its first case in December 2019.

Due to the rapid spread of the disease, which the WHO has upgraded to pandemic status, league games in Italy, Spain, and Denmark have all been suspended.

Champions League matches in affected countries have also been played behind closed doors.

The NBA has also had to suspend its schedule after a player for the Utah Jazz, Rudy Gobert, tested positive.

The Ghana Football Association following the directives given by the President of the Republic on Sunday, March 15, 2020, has suspended all its competitions with immediate effect until further notice.

In a statement released last week, the GFA announced that while all competitions will go ahead as scheduled it will continue to liaise with Government, the Ghana Health Service and the Ministry of Health and follow all national health protocols on the matter.

The Government of Ghana announced new protocols on Sunday and consequently the GFA will immediately follow the new issued protocols and guidelines.

The Association will continue to engage the relevant institutions on this matter and update its members and all stakeholders of any changes.

My halftime talk turned things around for us – Great Olympics Coach

My halftime talk turned things around for us - Great Olympics Coach