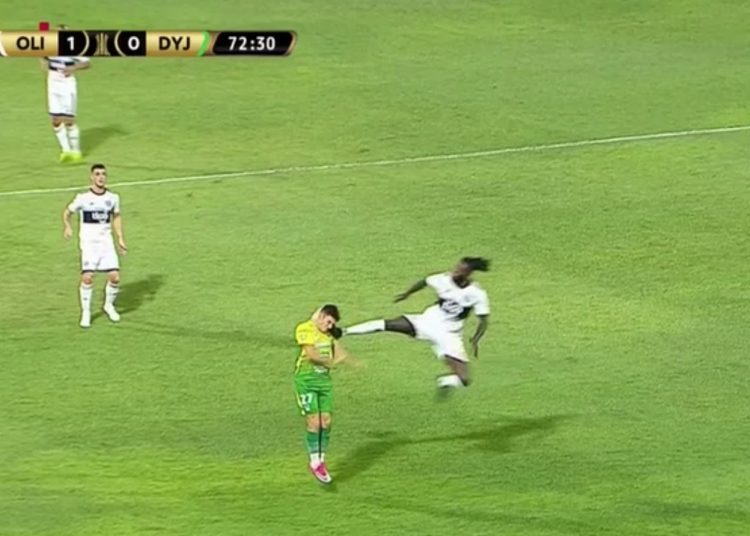 Togolese international, Emmanuel Adebayor’s career at Paraguayan club Olimpia is off to a flying start, literally.

The player was sent off for an outrageous challenge in the second half of their match against Defensa y Justicia in the Copa Libertadores.

The game was only Adebayor’s second for the club.

The Togolese striker lunged for an aerial ball in the 72nd minute, both feet leaving the ground, with his studs making contact with the opposition player’s shoulder and missing his face by inches. 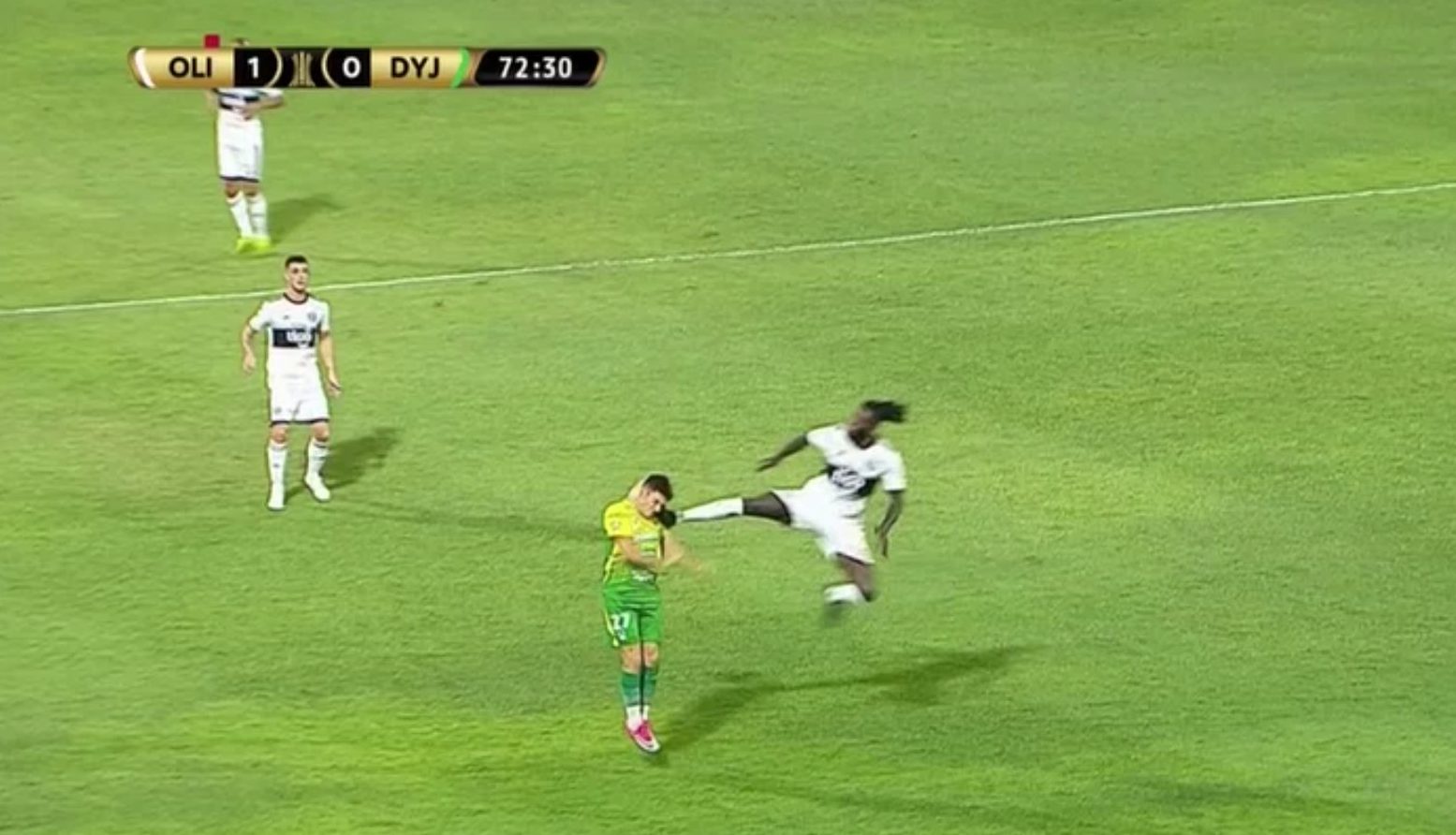 He raised his hands in acknowledgement of his error but did not spare him the sanction that followed.

While the player writhed on the ground following the hefty but clearly unintentional challenge, Adebayor was issued a red card by the referee.

After the match, Adebayor expressed his disappointment at having been sent off for his ‘Jackie Chan’ challenge. 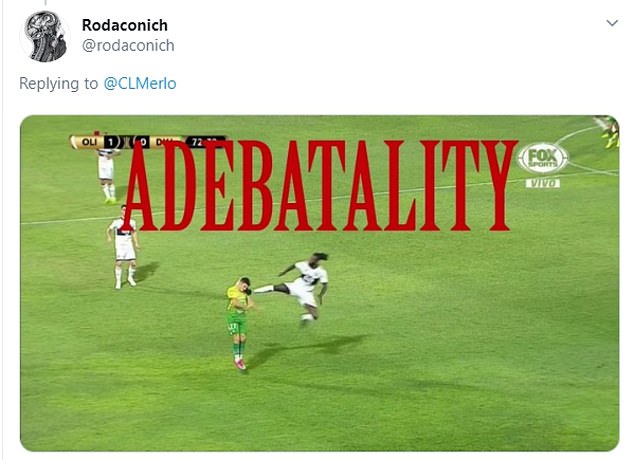 “Sad to leave the pitch early on a Jackie Chan challenge. It was never my intention to hurt my opponent, And I am glad he is okay,” he tweeted.

SEA, tough game today! What a great team spirit, and what a win boys @elclubolimpia. Sad to leave the pitch early on a Jackie Chan challenge. It was never my intention to hurt my opponent, And I am glad he is okay 🤜🏾👏🏾🙏🏾⭐️❤️🤜🏾🙌🏾#GodFirst #teamSEA #25 #SEAAsuncion #Lifesgood pic.twitter.com/TqruWfqtKm

Take a look at Adebayor’s ‘karate kick’ below:

Fans saw the funny side of the incident however, photoshopping Adebayor into a number of hilarious situations.