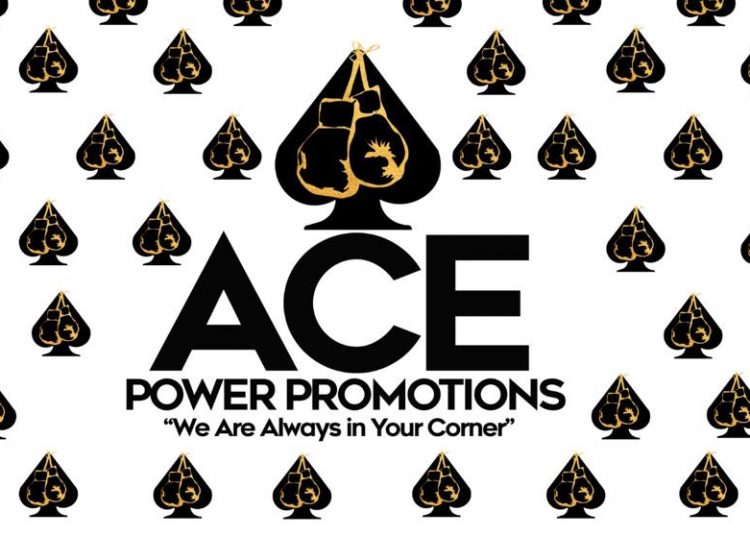 ACE Power Promotions, a boxing management syndicate, has announced the postponement of their advertised press conference in Accra which was set for March 17, 2020.

The decision was taken in the light of directives announced by the President to deal with the spread of the Coronavirus in Ghana.

The President has placed a ban on public gatherings for a month in the country as part of measures to combat the pandemic in Ghana.

The event, which was to be held at the Accra Sports Stadium, was to unveil the boxers on the ACE Power Promotions imprint and also to give more information on the IBF Super Welterweight Africa boxing bout scheduled for April 11. 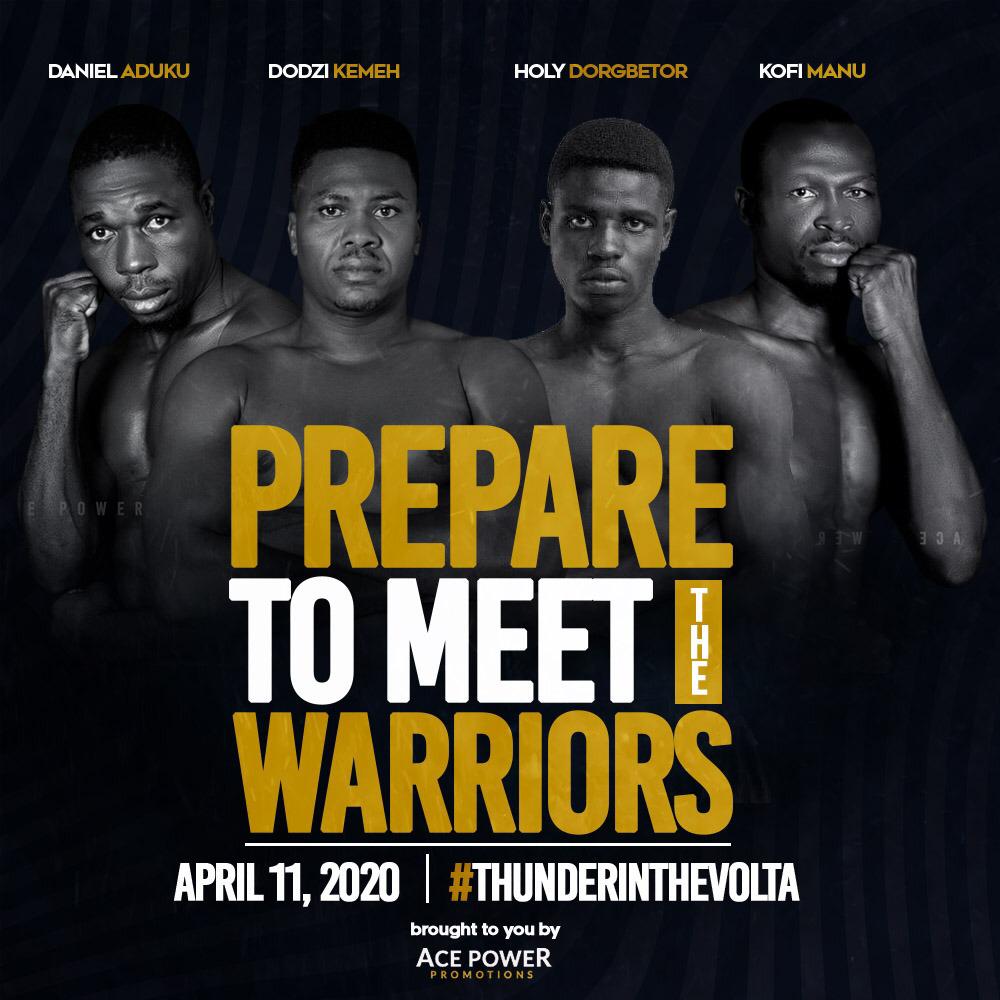 The entity stated that the press conference would be rescheduled for a time when life in the country would return to normal.

Below is a press release signed by the President and CEO of ACE Power Promotions, Dr Adae Opoku Amoako: 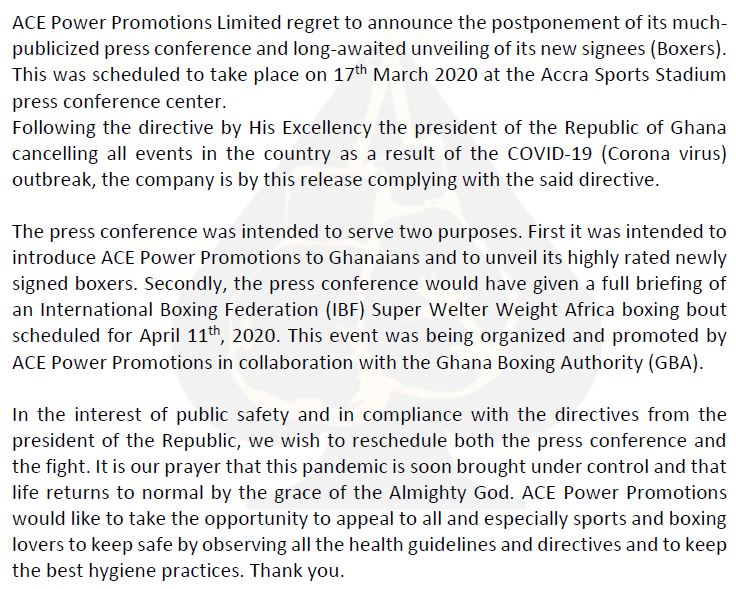 'I'm back' - Thomas Partey returns to Twitter after months-long absence