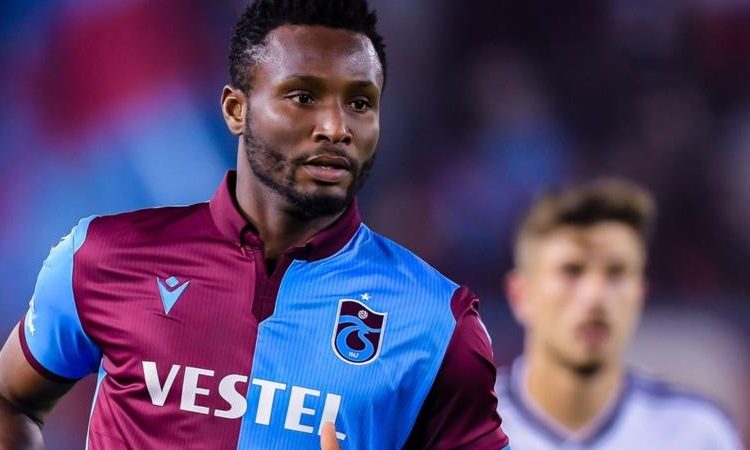 The Turkish top flight is one of only a handful across the world that are continuing to fulfil games, albeit behind closed doors.

But on Saturday, 32-year-old Obi, who has been a major part of Trabzonspor’s title challenge, posted on social media that he disagreed with that policy. A club statement released on Tuesday said he had now ended his contract, giving up his wages in order to become a free agent.

Obi had written on his Instagram that “there is more to life than football. I do not feel comfortable and do not want to play football in this situation.”

“Everyone should be home with their families and loved ones in this critical time. Season should be cancelled as the world is facing such turbulent times,” it added.

The post, which was made a day before Trabzonspor’s game against Istanbul Basaksehir, received positive responses from other Turkey-based former Chelsea players Radamel Falcao – who replied “you are right John” – and Didier Drogba, who commended Obi’s “words of wisdom.”

The number of coronavirus cases in Turkey stood at six at the time of Obi’s post, though it has now leapt to 47.

The government has ramped up measures to halt its spread, closing schools and universities, holding sports events without spectators and halting flights to many countries.

Meanwhile players from Galatasaray’s basketball team released a joint statement urging the Turkish Basketball Super League to suspend games – the BSL and Britain’s BBL are the only European basketball leagues not yet suspended or cancelled.

“We appreciate the Turkish Government has taken measures to slow down the spread of the virus however we find it quite bizarre that we keep playing, despite it being behind closed doors. We have seen how hesitation to take extreme action has provoked a spike in cases in neighbouring countries and we believe now is the time to take extreme action”, the statement said.