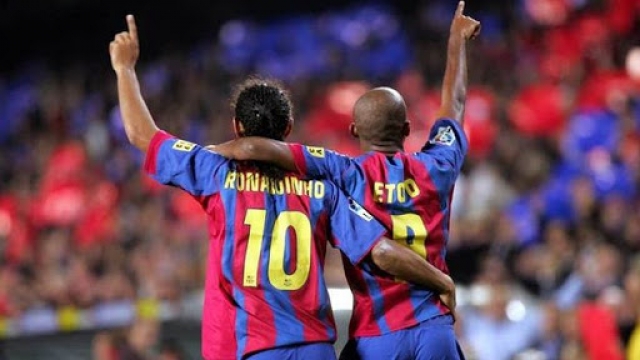 Former Cameroon and Barcelona forward, Samuel Eto’o has sent an emotional message to ex-teammate, Ronaldinho Gaucho on his birthday.

The former Brazilian international is currently in a Paraguayan prison after he was charged for travelling with a fake passport with his brother.

Samuel Eto’o Fils, in a post on his social media platforms, sent a reassuring message to his former Barcelona teammate, Ronaldinho that he will do whatever he can do to help him.

“Hello brother, I have no words, brother. I don’t even know what to say, we are talking to see how we can encourage you,” Eto’o said in the video.

“You are my brother, my friend. I can’t imagine what you’re going through. I can only ask you to have strength and to pray a lot.

“I hope that all this can be solved soon, because you were frankly a good person and a good friend. From here, you can count on me for everything you need.