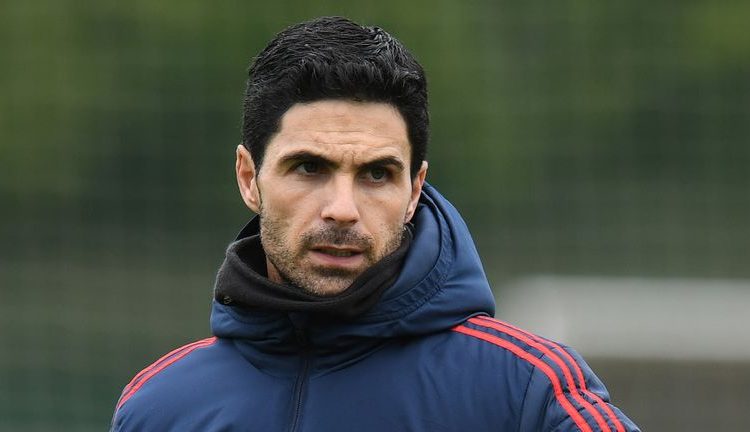 Arsenal have cancelled plans to resume training on Tuesday, telling players to remain at home because of the coronavirus pandemic.

The men’s first-team squad were due back in training this week after completing their 14-day self-isolation period following head coach Mikel Arteta testing positive for the virus.

But, as the UK faces the prospect of a total lockdown, Arsenal now say it would be “inappropriate and irresponsible to ask players to come back at this time”.

Arsenal gave an update on Arteta last week, saying the Spaniard is “feeling much better” and is back planning for the remainder of the season as well as speaking to his players.

Arsenal said in a statement: “Our men’s first-team players were scheduled to return to training on Tuesday after completing 14 days isolation following Mikel Arteta’s positive diagnosis for the virus.

“As a result of the current situation we are clear it would be inappropriate and irresponsible to ask players to come back at this time. Therefore our men’s first team, women and academy players are all remaining at home.

“Stay at home and save lives.”

Arteta’s diagnosis earlier this month led to the postponement of Arsenal’s Premier League match against Brighton, scheduled for March 14, before the rest of England’s top-flight fixtures were suspended, originally until April 4 and then extended to April 30.

In the meantime, Arsenal have pledged to continue paying matchday and non-matchday casual workers until April 30. The north London club say this will be reviewed once a decision has been made on when football can return.

Arsenal’s managing director Vinai Venkatesham said: “These are challenging times for everyone, but in particular our casual workers.

“This gesture is intended to ease their financial uncertainty while football is currently suspended to 30 April 2020.

“We look forward to welcoming football back to Emirates Stadium as soon as possible.”