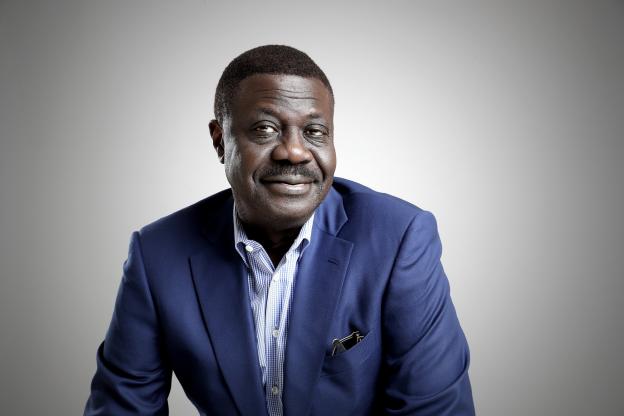 Black Stars pair of Andre and Jordan Ayew have expressed their grief and sadness at the passing of former Olympique de Marseille president, Pape Diouf.

Diouf died in Senegal on Tuesday  aged 68 after contracting the Coronavirus.

He became the first Black president of a major European club when he headed Marseille between 2005 and 2009.

Andre and Jordan Ayew were both at Marseille during Diouf’s time at the club and they shared a very close relationship with the man who was a journalist and agent and represented the likes of Samir Nasri, Basile Boli and Didier Drogba.

Andre Ayew posted his tribute to Diouf via his Twitter handle and described the former Marseille President as a “my father, my grand father, my mentor”.

Andre added that Diouf would often quiz him over his performance in school and often reminded him that he had to work hard to achieve his goals and objectives.

Jordan Ayew also shared his thoughts and memories of Diouf via his Twitter handle and thanked him for supporting the different generations of the Ayew family: Abedi, his father, he and Andre as all three had a strong involvement with Marseille.

Absolutely heartbroken 💔
Rest in Peace Pape Diouf – My uncle, father, grandfather & godfather.
My mentor 🙏🏾 I can’t thank you enough for all you did for me, Andre, my father and my family. Today is one of the saddest days of my life to hear of your passing. 💔💔 xx pic.twitter.com/vPIVnv3MkP

In Diouf’s time at Marseille, Andre Ayew was on loan at Arles-Avignon while Jordan joined the team in 2006 as a trainee and got his first professional contract in 2009.